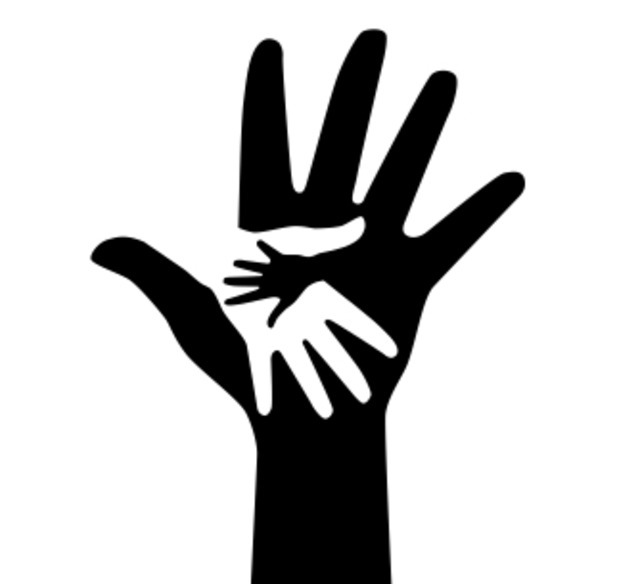 I’ve only felt total revulsion for a handful of people in my lifetime. One was a boyfriend that my mother had who was a real true blue racist and emotional abuser. Listening to him spout his political views made my skin crawl. Even worse was the power that he seemed to have over my mom. She eventually rid herself of him but not without a great deal of trauma. Around the same time I also abhorred President Richard Nixon. I sensed that he was a crook long before the rest of the world caught up to my thinking. I suppose that there are moments in everyone’s life when they find themselves in the role of a hater. It was an uncomfortable feeling for me because I generally attempt to find redeeming qualities in virtually every soul that I meet. For some reason those two were so vile that I was unable to open my heart to them.

In spite of my own experience of falling victim to hateful ways I still believe that the vast majority of people worldwide try very hard to be good. For the most part the haters are outliers and yet when we are victimized by them we tend to generalize their evilness to entire populations. The young man who shot up the church in Charleston was a white power deviant who represented only himself and a small group of people who lean to the far right. He in no way was typical of the average white person. The black man who shot five police officers in Dallas had his own set of problems none of which reflect the hearts and minds of African Americans in general. The list goes on and on. Muslims who kill party goers in San Bernadino are actually quite different from the majority of peaceful Muslims who live in our country. The shooter of school children in Connecticut was not a typical gun owner. Criminals and rapists come in all forms. To assert that they are mostly confined to a particular ethnicity is faulty thinking designed to rile unhealthy emotions. Of late so many of our politicians seem intent on making sweeping generalizations designed mainly to feather their own nests rather than to solve our real problems. The divisiveness that they are spreading does little good for any of us and leads to a choosing of sides that has no room for compromise.

We sadly play along with this ridiculousness all too often. If we decide that we don’t like some of President George W. Bush’s actions, we refuse to give him credit for doing anything right. He becomes a caricature that we only view as a lying idiot. If we have problems with President Obama we never allow ourselves to congratulate him even when he in fact does something remarkable. We only note his flaws and mistakes. We assert that haters are going to hate but never put ourselves in that category. We complain that our presidential candidates are ethically challenged but rarely mention our own making our country like the most dysfunctional of families. Perhaps it’s time for each of us to reflect a bit to determine if we are unfairly judging individuals or entire groups. If the recent spate of violent events has proven anything it is that we have problems that will require us to work together and yet we generally continue to carp back and forth. It is long past time for each of us to admit that all humans, including ourselves, are imperfect but rarely all bad. We should save the hatefulness that we dredge up so readily and so often for those who are truly evil.

I recently saw a video on Facebook of rival protestors who took the time to talk with each other and find common ground in the midst of what might have been a heated encounter. They broke through their own preconceived notions and by the end of their discussion they realized that they actually wanted the same things. Instead of being distracted by anger and division they realized that they would be more powerful by joining forces. It was a beautiful sight to see them linking arms and hugging one another. It’s something that I believe we need to try more often because the anger that seems so rampant surely isn’t helping anyone.

The Black Lives Matter group has brought our attention to the concerns that so many of our African American brothers and sisters have. The statistics show that they are far more likely to be stopped by police officers than any other group, often for little or no reason. For a perfectly honest, hard working black man to be killed over a broken tail light is absurd and yet such tragedies do occur. Unless the Black community raises awareness of such injustices we may never truly understand what life is like for people of color. Sadly some of the recent unnecessary killings of innocents or those whose infractions were minor have placed a spotlight on a dirty little secret that most of us never have to endure.

I often invite my former students to visit my home. I should not have to worry about whether those of minority status will be stopped by the police as they travel in my neighborhood but I always do. I warn them to stay within the 30 mile per hour speed limit that is strictly enforced by local law enforcement officers and pray that if for some reason they are targeted they will remain calm and not exacerbate the situation. I can only imagine how their parents feel whenever they go out into the world if I am so nervous for them.

On the other hand, the vast majority of law enforcement officers take grave risks on a daily basis just to keep us from harm. I cannot even imagine how much courage it must take to run into a dangerous situation when the rest of us are fleeing from it. We cannot generalize bad motives to all of them. Instead we need to work to ensure that criminal justice reforms enhance their jobs while extending fairness to all people. Perhaps we need to rethink how best to use their services. It may be time to relieve them from having to worry so much about broken tail lights or past due license tags.

Whenever we find ourselves leaning toward group think we should pause to assess the situation and our own prejudices. It is never healthy to jump to conclusions or accept statements based solely on appearances or alliances. We can’t fall into that kind of trap regardless of how we believe that our problems should be solved.

I remember a time when I took a group of honor students from South Houston Intermediate to Moody Gardens in Galveston. They were exceptionally well behaved and I was quite proud of them especially in comparison to a more middle class set of students who were also there. I was stunned when the employees continuously yelled at my kids for no apparent reason. It was as though they believed that my pupils were bound to create problems simply because of the way they looked. Like me, my principal eventually became so fed up with the workers’ negative attitudes that he reported them to their supervisors. I have never quite gotten over my embarrassment and outrage over the totally unfair treatment that traumatized all of our group. Since my kids were both well behaved and polite the only explanation for what happened was that they were being targeted because of their brown skin.

If anything positive is to come of the horrific days that we have been experiencing it should be a willingness to embrace all good people, which we know is the great majority. It’s time for us to be honest with one another and quit reverting to soundbites, absurdities, propaganda, and stereotyping. We have to consider that most Republicans may actually be nice and that the majority of Democrats have the best of intentions. It’s important for us to dialogue rather than revolt, show tolerance rather than prejudice. If those who would be our leaders can’t seem to work together without casting generalized aspersions on all members of the other side then we citizens need to take the lead. It is important that we not allow ourselves to fall victim to hyperbole regardless from whence it comes. We need to be the kind of people who cross over the lines that divide us to embrace our fellow human beings. We know its the right thing to do.