We traveled to Seguin this weekend to see our granddaughter perform at the Haunted/Historic Magnolia Hotel and to attend the annual Pecan Festival. Unfortunately the rain drove everyone indoors and the festival was cancelled. I was disappointed because I had been looking forward to seeing what kinds of attractions there would be and also because I just love pecans.

Years ago we owned some property just outside of the little town of Brazoria. Every tree on the land was a native pecan tree. Come November of every other year we had a bonanza crop of small but incredibly tasty nuts. We would sit on the ground with boxes next to us and just move around picking up whatever had fallen from the trees. It was always a bit chilly but that actually made the work easier. We really enjoyed those times when we laughed and told stories and filled box after box. A long weekend might net us four or five big containers of booty from the trees.

Then the real fun began. We had to crack all of those pecans and store the meat in Ziploc bags. I used to set up a card table in our den crack nut after nut while watching television. At the end of a session my hands would be dark and dirty from the dust of the shells. Often they were cut as well. All in all it was always worth all the time and trouble. I’d freeze our treasure and use it at Thanksgiving and Christmas and throughout much of the rest of the year.

I usually gave several bags of shelled pecans to my mother. She was famous for her Pecan Pie recipe which she kept as a closely guarded secret. She made them only for Thanksgiving and Christmas and they were always the most coveted dessert. One time another lady brought her version of pecan pie to our Thanksgiving feast. One of my friends who absolutely loved my mother’s pie took a slice of the visitor’s pie and was startled. She realized that something was very wrong because the pie in her mouth was nothing like what Mama always made. She finally discovered her mistake and discreetly discarded the inferior pecan pie in favor of a slice of Mama’s.

My mother loved to retell this story over and over again as did my friend who wanted to be certain the Mama would continue to make pecan pies for her. Over time we begged and pleaded for her top secret recipe but she was reluctant to give it to the world. As she grew older she understood that if she did not finally share her special directions, one day the best pecan pie ever would be no more. The secret would die with her. Ultimately she entrusted the ingredients and the directions to my brother, Mike. He in turn gave it to my niece, Kim.

When I decided to create another story and a recipe I immediately thought of Mama’s pecan pie. It will soon be the holiday season and I wanted to share this wonderful gift with everyone. The problem was that I did not have the recipe. I asked family members and my jokester brother, Pat, said, “Buy a bottle of Karo syrup and follow the directions.” My equally funny daughter, Catherine, chimed in, “What Pat said, but use extra pecans.” Imagine my total surprise when Kim sent me a copy of the recipe. I’ll let you be the judge as to why I was in total shock.

I suppose it might be argued that my mother had indeed altered the actual recipe on the Karo Syrup by substituting regular pie shells and using more pecans but that is a little bit of a stretch. Her pecan pie does not have all of that goo that is usually the stuff of pecan pie, so there is a real difference there. Hers is more crunchy and I have to admit that it is  more delicious than most that I get elsewhere. Still, I think I now understand why she never gave the recipe to me. She was able to convince all of us, except for Pat and Catherine, that she had indeed created the ultimate pecan pie.

Kim laughingly admitted that she also thought that my mother had invented cheese dip made with Rotel tomatoes and Velveeta. She began to wonder what other family favorites were simply based on ideas that Mama had seen in a magazine or cookbook. What I do know is that my mother was a very good cook. When something didn’t taste quite right she always knew how to doctor it to make it better. So if you wish, try the Pecan Pie recipe as listed above. If it turns out right you will be delighted. 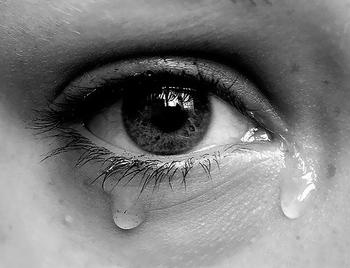 I don’t cry much in public. My waterworks seemed to malfunction when my father died. For some reason I lost the ability to cry when the occasion seemed to call for tears. It has created a few problems for me over the years because I often appear to be cold and uncaring. Even back then some of my friends told me that it seemed strange that I was so stoic about Daddy’s death. They wondered out loud if I had even loved him. Of course I did! The tears just would not come, at least not in front of people, and I’ve been that way ever since. I don’t know if this is a good thing or a bad thing. It simply is what it is. It doesn’t mean that I don’t have feelings or that I never cry. In fact, I often sob but in very private places. I never know when the urge to shed tears will hit me but when it does I can’t seem to turn the waterworks off until I am almost exhausted.   END_OF_DOCUMENT_TOKEN_TO_BE_REPLACED

It’s that time of year when elementary aged children get assignments to create projects for one or more of their classes. I have mixed views on such things because I always loved the creative aspects of those types of requirements. I think that I have always been a bit of an artist at heart. I enjoyed doing the research and I’ve always had a knack for writing. Projects were always fun for me but I wonder how I might have done in today’s world given that my family had a very tight budget to say the least.

I suspect that my past efforts may have lacked the style that some teachers seem to expect in the present. My illustrations would have been handmade because I can’t imagine my mother finding enough extra cash to purchase a computer, a color printer, and the paper and ink to make the photos look as lovely as they now need to be for such efforts. Any additional materials would have had to come from what already existed in our home. I became quite adept at turning boxes and milk cartons into fantastical creations. Sticks and stones from the yard were my logs and mountains. My completed projects almost always had my childish signature on them. It was obvious that I had done them by myself and without spending funds that my mother didn’t have. The teachers were always content with my submissions because they wanted to see my work, not that of an adult.   END_OF_DOCUMENT_TOKEN_TO_BE_REPLACED

President Obama and Secretary of Education Arnie Duncan announced this weekend that they plan to ask school leaders to significantly reduce the amount of classroom time that students spend taking tests. They have suggested a guideline that would reduce that number to two percent of the school year or less. Secretary Duncan has traveled thousands of miles to locales all across the country and he has learned that teachers, students and parents are all feeling overwhelmed by the massive amount of emphasis being placed on tests. The general consensus from all sides is that the tests are determining what happens in the classroom far too often, leaving students unmotivated and stressed. The announcement represents a dramatic shift in thinking about what constitutes a proper way to measure accountability in our nation’s classrooms. The question that remains is whether or not this will have any real impact on schools or if it will only be a symbolic gesture.   END_OF_DOCUMENT_TOKEN_TO_BE_REPLACED

What better way to begin Halloween week than with a dark rainy weekend and a visit to a haunted hotel! In the middle of old downtown Seguin on South Crockett Street sits a two story structure that resembles a box, something created without much thought of architectural loveliness. It is the Magnolia Hotel, an establishment that began as a stage coach stop with a couple of rooms and evolved into a full fledged hotel when a second story was added. Opened in the eighteen forties, the hotel has a colorful history that is the stuff of dark secrets and rumors. Although it was at one time a gathering place for parties and other celebrations it was also the site of some of Seguin’s most tragic moments and thus over the years the stories of ghosts and hauntings in the place grew. By the nineteen nineties the Magnolia Hotel had been abandoned and boarded up. Only critters and drifters inhabited its rooms and, some say, a long dead tortured soul or two.  END_OF_DOCUMENT_TOKEN_TO_BE_REPLACED