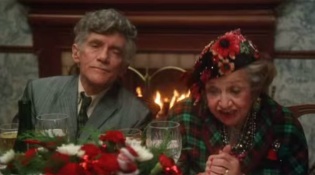 Hopefully everyone made it through the long holiday weekend relatively unscathed. I hope that your football was as good as mine (Go Coogs!) and that you didn’t blow your healthy diet too much. (Isn’t pumpkin cheesecake in the fruit and vegetable category?) Maybe you even managed to snag a real bargain or two without having to stand in a Walmart Pick Up line where the employees appeared to be extras for a Dumb and Dumbersequence and the manager was right out of central casting for Bad Bosses. Unless you stayed home and didn’t attend a big family gathering you probably even missed all of the small talk and questions from dotty old aunts. Unfortunately I came to the conclusion this year that I have slowly become more and more likely to be thought of as the sweet but far too inquisitive relation who engages in the worst form of small talk.  END_OF_DOCUMENT_TOKEN_TO_BE_REPLACED

I’m in the throes of my annual bout with laryngitis. Unfortunately we have yet to have really cold weather to kill off whatever allergen is responsible for my yearly froggy voice. I can’t recall ever enduring weak vocal chords on Thanksgiving Day but thus it was yesterday. The timing was most unfortunate because I had the opportunity to converse with relatives in a marathon of conversation. My swollen larynx let me down. By the end of our big family celebration I had become a fly speck on the wall by default, simply listening to whatever everyone had to say. When I tried to talk I was only able to muster a creak or a croak. In a strange twist of fate my affliction lead to one of those profound serendipitous moments of reflection when a kind of pleasant epiphany overtakes the brain.

I found myself simply watching and listening to the chorus of conversations and activities taking place all around my brother’s house. At first I heard only a cacophony of sounds but as I earnestly settled into observation mode I began to sense the harmony of love filling the corners and the rooms. My extended family is a diverse bunch to say the least. My sister-in-law was born in China but grew up in Taiwan with her siblings who have become as much a part of my family as they would have if we were connected by blood. All of my nieces and nephews were there along with their children. I noted a range of skin hues that went from a lovely dark olive to a milky complexion festooned with freckles. The eyes of those present were mostly brown just as mine are but a few among us boasted lovely shades of blue much like my grandmothers had. My sister-in-law and her siblings wore dark bountiful heads of thick healthy hair and those who carry the more European genes had lovely golden blonde curls.   END_OF_DOCUMENT_TOKEN_TO_BE_REPLACED

For most of us in the United States of America this is a wonderful time of year. We pause from our routines for a time to gather with family and friends to express our thanks. Loved ones travel from near and far to be together. We feast on traditional recipes and let our diets lapse for a bit. All across our nation there will be hugs  exchanged, stories told, sounds of laughter filling the air. We will stop just long enough from our labors to remember what is truly important in our lives and to show our gratitude for the blessings that we enjoy.

But wait! While the vast majority of us paint such lovely pictures for ourselves and our families there are always those whose Thanksgiving is not quite so rosy. The hospitals will still be full as we celebrate. The waiting rooms in the ICUs will be as packed with worried souls as they ever are. The doctors and nurses will be working as usual, winning the battle for some lives and losing others. For those pacing the hospital halls and fretting over someone that they love there will be little time for feasting and watching football. Some will have to say their final goodbyes. Sickness and death will happen just as it does every day of the year. There is no moratorium even on special holidays.   END_OF_DOCUMENT_TOKEN_TO_BE_REPLACED 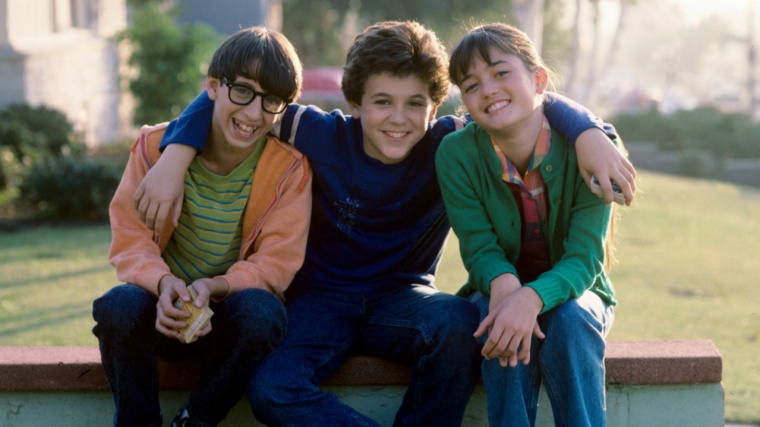 There is very little night time television programming that is appropriate for children these days even though we live in an era when there are more channels than ever. Back when I was a child and later a young mother the big three stations all had series designed specifically for family viewing. There was a kind of unwritten law that shows with adult themes would not hit the airwaves before eight or nine o’clock when little ones were supposed to be in bed anyway. For at least an hour or so each night parents and their kids had an opportunity to sit together enjoying comedy or drama that often led to discussions of important topics. Mostly though the evening fare was fun and lighthearted and up-lifting.

One of my daughters has solved the dilemma of finding age appropriate television for her children by turning to Netflix and revisiting the many of the series of her childhood. Last night after dinner we sat in the dark enjoying one of my all time favorite programs, The Wonder Years. I had forgotten how brilliant the writing was and how much the stories took my imagination and memories back to several distinct times in my life: my own junior high years, my life as a newlywed college student in 1968, and my glory years during the late eighties and early nineties when the program first aired. I found myself laughing while identifying completely with all of the characters and the themes were so timeless that even my grandchildren were enthralled.

It took me a very long time to realize that everyone feels a bit like a geek in those adolescent years just before high school. The highs and lows of that portion of life represent both some of my most painful and my most wonderful memories. It seemed that just when I thought I had the whole pre-teen, early teen times figured out some random event would knock me down and cause me to question myself. When I was in the big middle of those growing pains I assumed that I was the only one who had ever endured such a roller coaster of emotions. It was not until my confidence was firmly secure that I was able to view those years with a sense of humor. Like Kevin in The Wonder Years when I was in the seventh grade I found myself envying the so-called popular kids while remaining staunchly loyal to my dearest friends and convincing myself that being cool wasn’t really all that important. I suffered imagined indignities and embarrassments at the hands of teachers, other students, and my mother. I wanted to be noticed but also to be invisible. It was a painful time and when I finally had children of my own and worked with middle school age students I fully understood that my angst was just part of the circle of life. The Wonder Years managed to present those awful gangly moments with a universal perspective that allowed all of us in the audience to laugh at our own ridiculousness.

The program was set in the tumultuous times of the late nineteen sixties when it seemed as though the world was surely going to end. It was an era of great change that tested our resilience as a society and pitted one generation against another. It saw the rise of violence, war, and demands for social justice. I was fully a part of the movement that seemed to upend the way we had always done things in the past. I was a young bride, still attending college along with Mike. We raged against a war that seemed to have little purpose. We questioned the reluctance of our elders to fully integrate all Americans into the social fabric of society. We watched in horror as our heroes were murdered, often in front of rolling cameras. It sometimes felt as though we were rapidly approaching a kind of apocalypse and that there was little reason to hope for a brighter future. At my own wedding the priest commented that it took a leap of faith to begin a new life together given the horrors that were unfolding around the world. He also reminded us that greatness is rarely achieved without some pain. He assured us that better days were ahead and that because of the sacrifices of so many they would be available for more of God’s people than ever before in history.

The priest was, of course, correct in his analysis. We somehow patched up our differences as a nation. There was no cataclysm. The world became a kinder place even though it was still not perfect. Those of us who remember the conflict and the compromises that ensued from them feel confident that our modern day troubles will ultimately work out for the best just as they always seem to do. We may endure some hard times but sooner or later our spirits will join to make things right for our children.

Watching The Wonder Years reminds me of the happiest and most productive times of my life. I was in my thirties, approaching forty when that program aired in our living rooms each week. My children were teenagers. Mike’s parents and my mother were still quite lively. None of our dearest friends had yet died. The world seemed to be filled with nothing but positivity. We were happy with our work, happy with our children, and happy with our friendships. We took long camping trips and hiked on mountain trails. It felt as though the good times would last forever. We loved the music, the movies, the feel of our daily lives. We did not stop to think that dark clouds might return on the horizon. We simply enjoyed every single day and reveled in our blessings.

Things did change. Favorite people died. The security of our country was threatened. As citizens we have began to fight with one another once again. There is an uncertainty that we have not seen since the days of our youth. Somehow viewing The Wonder Years  with my grandchildren convinced me that we are going to be just fine. There is a sturdy thread that weaves in and out of our lives that binds us together in spite of ourselves. We will figure things out. Of that I am totally convinced. Living has taught me that the world is a place of wonder where goodness always finds a way to overcome. 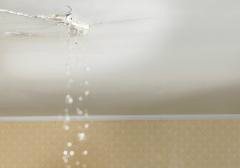 I woke up yesterday morning and discovered water leaking from the upstairs bathroom into the kitchen pantry. Of course I was angry. Mike turned off the water to the toilet and the drip, drip, drip stopped but it took well over an hour to remove all of the sodden items from the shelves that were now damp. A few days before Thanksgiving is hardly the time for a plumbing emergency but we have become all too familiar with making desperate calls for help during this past year. Obviously we’ll have to bite the bullet and take the unwanted and untimely expense on the chin. I might not even be thought too selfish if I were to complain a bit and feel somewhat sorry for myself. After all everyone understands how aggravating such an experience can be. END_OF_DOCUMENT_TOKEN_TO_BE_REPLACED