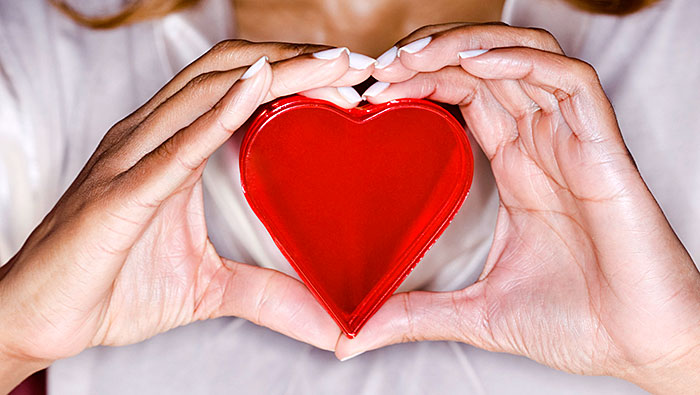 On Thanksgiving my nephew’s partner and I were discussing the differences between introverts and extroverts. Most people believe that one is quiet and shy while the other is outgoing. The truth is that the two concepts describe the ways in which individuals heal when they are experiencing difficult times. Ironically I had to embrace a big dose of my own introversion last week after my cousin’s funeral.

I had been in the midst of large gatherings from the time that I first heard of my beloved relative’s death. Even though my encounters with people were limited to family they all involved masses of people and I was rushing from one type of event to another. My introverted psyche was screaming for some quiet “me” time but I was unable to reach a point when I might soothe myself in the ways that always seem to work. I needed to be alone with my thoughts.

After ignoring the signs that I was careening toward a mental meltdown I posted my frustrations on Facebook. I revealed a tiny bit of my behavior to my friends. I noted that I had accidentally broken several items. They were of little consequence but I realized that I had shattered them because my mind was unfocused. I had even bumped the curb with my tires while running errands and while driving home from a tutoring session I just missed swerving in front of an oncoming car that had entered my blind spot. I knew that I wasn’t my usual self and it worried me.

I was suddenly unable to quickly remember small details like my phone number. I’m a visual learner and I literally had to clear my mind and write things on a slip of paper before I was able to accurately remember them. I might have worried that I was slowly devolving into dementia from old age had I not so fluidly worked with my students regarding mathematical concepts.

I continued to run from one appointment to another becoming more and more agitated until I found myself crying in the middle of a store as I purchased a gift for a young woman whom I was meeting for lunch. A kindly soul noticed my emotional outburst and began to comfort me while I told her of my cousin’s death and how it had impacted me. She proceeded to share her own story. On that very day nine years prior her husband had died. She admitted that she was still raw and exposed from losing him. She described her own journey back from grief and we both cried together. I felt that my encounter with her had not been accidental. Some heavenly force had sent her to me as an angel.

When I later posted what had happened to me I received an outpouring of love and wisdom from dear friends who span the decades of my life. I finally realized that the introvert in me was screaming for the kind of solitude that would allow me to meditate and begin to heal. That very night I stayed up long after my husband had gone to bed. The house was dark and quiet save for the lights of the Christmas tree that I was decorating and the soothing music that I had chosen to play in the background.

As I slowly placed each of the cherished ornaments on the branches I literally thought back over my entire life, sometimes crying and other moments laughing. My memories flowed through my brain bringing renewal to me in tiny but continuous doses. Once the tree was finished I sat in its glow just as I have done for all of my Christmases. As the saying goes, not a creature was stirring, not even a mouse. I felt better than I had since I first heard of my cousin’s passing. I said some prayers of gratitude and went to bed, falling into the deepest sleep that I had experienced in days.

I allowed myself the luxury of sleeping in the next morning. I moved slowly and at a pace that felt comfortable. I chose to do things that I wanted to do. I visited a Christmas bazaar at a local church and purchased items that made me smile including a table topper made by a group of delightful ladies who create prayer quilts for those who are suffering. My favorite find was a cute little gnome fashioned out of recycled materials by the husband of a friend whom I have known since second grade. The little creature seems almost magical with his friendly owl and crystal wand. I found myself smiling in earnest as I placed him on a shelf near my Christmas tree.

My husband and I later enjoyed a delicious lunch, sitting outside as clouds gathered and a chilling breeze wafted over us. It felt good to be under a true December sky that fit so well with my thoughts. The power of God was blowing all around me, buffeting the trees and soothing my soul. Because he knows me so well my dear spouse said little as we munched on our sandwiches. We simply became one with the moment.

Later we ran errands doing simple things that required little or no thought on my part. It felt good to accomplish something without having to expend much effort. I seemed to simply float through the day, making taco soup and spending more time going inside my body and soul.

In the evening we watched a special program on PBS with three young tenors who were performing in Florence, Italy just as the original Three Tenors did over twenty years ago. I was able to close my eyes and listen to their melodious sounds as rains drenched my thirsty plants outside and the temperature dropped even more. I donned my pajamas and made a fire in the hearth. When a robo-call was stopped cold by an application that my husband had placed on our phone I actually laughed. I felt my old self beginning to emerge. By allowing my introversion to envelop me for a time I was growing stronger.

Each of us deals with life’s challenges in differing ways. I have to take mental health holidays time and again to be able to resume my active life. Sometimes I simply have to crawl into a cocoon and stay there until I am feeling strong again. I know others who rely on the companionship of others for the healing that they need. A big party filled with people is their panacea. If we truly know ourselves we will take the time to be wherever we need to be. Luckily I have dear friends who reminded me of what I had to do.

Of course I am not completely fine. The death of loved ones always changes us just a bit and leaves hollow places in our hearts. We move on once we are able to grasp the reality of what has happened. It is a part of every life whether we want it to be or not. I have been smiling today as I think of the times that I had with my cousin and I recall special moments with other friends and family members who are now gone. I wouldn’t trade having them as a part of who I am. I am so fortunate that those who are still with me gave me the exact dose of advice and comfort that I needed. I plan to emerge again with my butterfly wings intact. It’s true that our hearts do go on just as long as we care for them in the ways that suit us best.