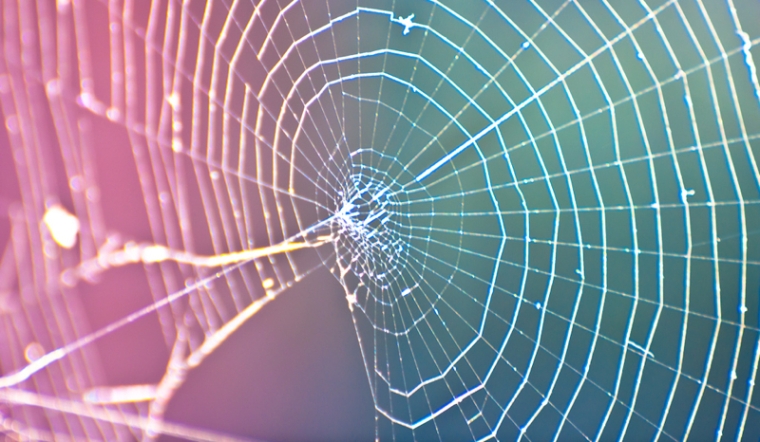 I find myself caught up in a web from which there is no escape. What is my sin? I am too willing to consider differing points of view. I have no strict adherence to a particular set of beliefs that put me in league with an identifiable group. I am not a joiner or someone who will fight to death for one philosophy. Words that are tossed at me include “wishy washy,” “weak-kneed,” “phony bipartisan,” “bogus,” “troll.” Because I refuse to go all in for any single political, philosophical or religious institution I am considered by many to be someone of shallow intellect whose thinking should either be ignored or thought to be humorously naive. The very thought of advocating diplomacy or compromise is anathema in today’s supercharged environment. I am not allowed to see life in shades of gray. I must instead side with one position or another. There is no middle ground. That place is for those who have no courage which translates to the fact that many think me a coward simply because I walk a fine line between one way of thinking and another. My thoughts cannot be neatly categorized and for that I am considered by many to be a freak.

I am neither all democrat nor all republican. I would find it difficult to wholeheartedly join either party and advocate fully for their respective platforms. I see problems and hypocrisy from both sides. Because I am so, my thoughts tend to be ignored by both. If I suggest that reality is far more complex than neat demarcations I incur the wrath of all. Still I steadfastly hold to my belief that the best days for our country have been those in which we set aside our differences and attempted to see the world from the eyes of others. Doing so does not mean surrender but rather an acceptance of the fact that there has been and will never be a time when everyone sees eye to eye on how to solve the many problems that face us.

I’ve learned over almost seven decades that there is rarely a quick fix that works seamlessly. Even the most well thought out solutions will still have kinks and detractors. We will never please everyone but if we demonstrate a willingness to consider the multitude of voices with sincere respect our final decisions may be better and more widely accepted. To buy in, people must be part of the bargaining process. That is something that we seem incapable of doing very well these days. Instead we are encouraged to be unyielding. Heroism is defined by a willingness to buck the system and infuriate the opposing side. Those like me who give the benefit of doubt are thought to be without backbone or resolve.

Each of us is a product of many different interactions with people and thoughts. We first learn from our parents and decide to either accept much of their thinking or to rebel and become the masters of our own ideas. As we read and intersect with others we hear of new philosophies and considerations all the while picking and choosing what best works for us. How we ultimately view life will be based on a lifetime of experiences and how we interact with them. All the while various groups and organizations will be vying for our attention and our hearts. Those who become wholeheartedly for or against particular causes will use their skills to entice us to become followers, soldiers in the fight to spread the word about the best way of seeing the world. For whatever reason I have always been loathe to join the ranks of any such groups because I invariably find areas of disagreement that make me too disloyal to be a member in good standing.

I suppose that my upbringing contributed to my stubborn personality. My mother wanted me to be an obedient child but she didn’t think to realize that I would see her modeling the heart of a dissenter. She always told me to think for myself and to remember that the people that I would encounter were no better or brighter than I was. It taught me to carefully consider what they were saying to me. She also took great pains to make me a very religious person in the mode of the Catholic Church but unwittingly sent me to a school that advocated the kind of critical thinking that taught me how to see the flaws in even the most perfectly executed arguments. My favorite past time was debating and analyzing. It became a way for me to navigate through life and become my own unique person. I was able to overcome barriers by maintaining a determination not to be victimized by the propaganda that so pervades every aspect of society today. Now I find that rather than being cherished, my tendency to ask questions and note that most institutions and philosophies have inherent flaws is viewed with suspicion and negativity. I make enemies on all sides.

I steadfastly maintain that we must return to the art of compromise but I seriously doubt that I will see much unity and willingness to to find bipartisan agreement in the next few years. Give and take has indeed been evidenced in my lifetime. More brilliant tacticians than I have been able to work toward the common good by inviting even those with whom they differed to take a seat at the bargaining table. They are the ultimate heroes of history and we should begin to celebrate their achievements lest we be fooled into believing that only those who are continually defiant are the courageous. Surely if we take great care and honor one another we can find common ground whether we are discussing healthcare, education, climate change or the economy. These are areas where the answers might be found in a continuum of ideas. It is in such undertakings that I will hold steadfastly to my beautiful web built from questions and diplomacy.