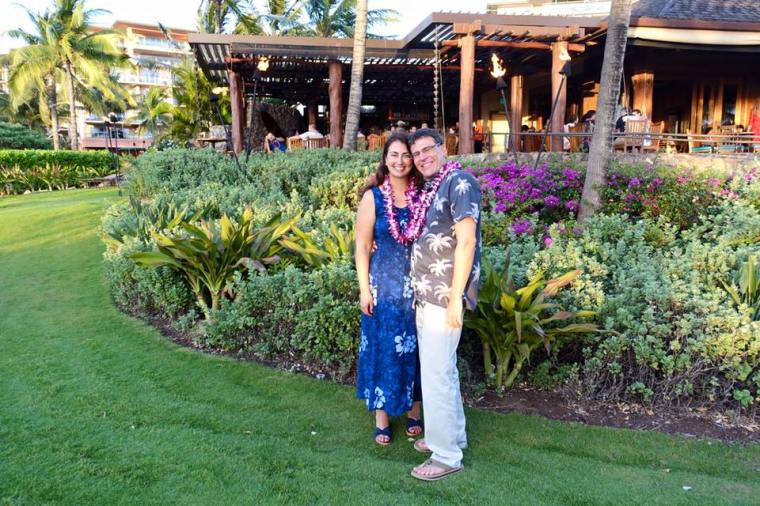 It all began with Eric. I was working at Revere Middle School when our principal hired him to be an English teacher. He was immediately popular. Many of the single women were enchanted by his friendliness, good looks and winning smile. Those who had known him from a previous campus warned everyone who was falling for him that he appeared to be a confirmed bachelor who didn’t seem destined to settle down any time soon.

Eric was a super and experienced teacher, so there was little need for me to spend much time mentoring him. We generally just passed one another in the hallway and exchanged hellos until a dear friend of mine died. One afternoon when Eric and I were both in the same area monitoring students during a passing period I blurted out that I was feeling guilty and maybe even complicit in my friend’s death. Eric listened intently as I explained the situation. I had called my friend after school one day to check on him because his wife was in the hospital. I knew that he was an alcoholic but also a diabetic with heart trouble. I had asked him if he wanted me to swing by his house to make sure that he had everything that he needed. He assured me that he was fine and that he preferred to be alone for a time because he was quite tired. Something in my mind told me that he was not doing as well as he insisted. I pushed him a bit more and then reluctantly drove home, but not before urging him to check his blood sugar and let me know if there were any problems. Later I learned that he had died from a heart attack about forty five minutes after my phone call. I felt that somehow I might have saved him had I ignored his protests and gone to his home anyway. I had been unable to shake the feeling that I had made a terrible and deadly mistake.

Eric immediately erased my guilt. He noted that because my friend was an alcoholic he had created the situation for himself, and that his death was no doubt inevitable whether or not I had been present. He assured me that nobody was going to be able to save my friend from the abuse that he was piling on his body until he decided to change his ways. From that moment forward Eric and I were fast friends and the intensity of our relationship only grew over time. Somehow I believe that it was destined for me to choose him to reveal my secret, because I truly doubt that anyone else would have been able to understand my predicament as well as he did.

One summer Eric returned from vacation to announce that he had met a very special woman named Jenny. He proceeded to visit her as often as possible even though she lived in California. The so called confirmed bachelor was obviously thunderstruck and he came to my office now and again to discuss his plans and the ever growing love that he was feeling for this extraordinary woman. Ultimately he announced that he and Jenny were going to marry and that she would be moving to Houston. He wondered if she might procure a job at Paul Revere.

I spoke to our principal, and he worried a bit that Jenny’s background was in elementary school. He asked if I thought that someone with that kind of resume would be able to transition to middle school. Since I had taken the same career pathway myself I assured him that anyone capable of working well with little ones would be just fine with older students. “Well I hope she is as much of a rockstar as Eric,” he noted while agreeing to give Jenny an opportunity to demonstrate her teaching acumen.

Of course Jenny was also a rockstar teacher and as soon as she came to the school everyone understood why Eric was so in love with her. Together they became a power couple who was beloved by students and faculty members alike. Their openness and generosity defined them as well as their adventurous  spirits. Happily the friendship that I had begun with Eric only grew with Jenny in the picture. She and I seemed to be kindred spirits and I felt as though I had known her my entire life.

After I left Paul Revere for a job at KIPP Houston High School I missed all of my former colleagues, but especially Eric and Jenny. I was exhilarated when they joined me at KHHS and brought their charisma and skills to that campus. My feelings for them developed to a point that they became family in every sense of the word. We have shared hopes, dreams, disappointments, frustrations and so much love. I have rarely encountered two people who are always so sensitive to the needs of others. They are truly beautiful souls who have enhanced my life far beyond the power of words to express my feelings.

I was crushed to learn that Jenny and Eric’s home was flooded by the rains of hurricane Harvey. I felt so far away and helpless in their hour of need. In usual fashion the two of them remained optimistic and as worried about others as they were about their own situation. It didn’t surprise me at all that they were instantly surrounded by friends. It’s not possible to be around Jenny and Eric without falling totally in love with them. They do so much for everyone that they know that it was inevitable that people would want to return the favor. For now they seem to be on their way to a return to normalcy and they have even reached out to others who had water in their homes.

That’s Jenny and Eric. Two rockstar friends and amazing human beings whom Mike and I are so fortunate to know. The world would be so remarkable if it were peopled only by individuals as wonderful as they are. I hope that life will continue to pay them back for all of the wondrous favors that they have given literally everyone that they know. I also pray that we will remain fast friends, or should I say family, forevermore.