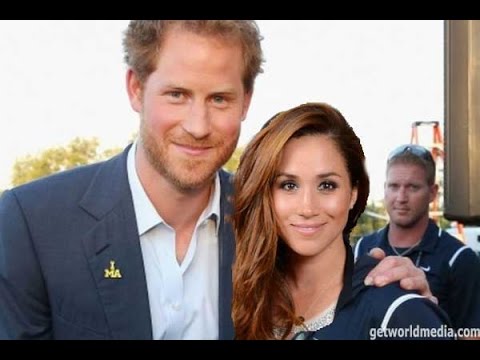 Growing up with a single mom in an era when such situations were quite rare gave me a different point of view than many of my contemporaries. I was raised to believe that I was capable of accomplishing anything that I chose to do. My mom was liberated out of necessity and she was a feminist out of choice. She was also as American as apple pie, someone who cherished freedoms and served no masters other than her God. She never wanted me to clean houses or wait on tables. While she saw such jobs as honorable work, she often noted that her own mother had done such things in order to lift up her children, and it should not be our fate to be at the beck and call of either the wealthy or the powerful. She believed that we were as worthy as any other humans and that we must never bow down in submission to anyone, not even a queen or a king or a president. I suspect that she would have enjoyed seeing the Obama family approaching Queen Elizabeth on equal footing. She truly saw the United States as a place where each man or woman had the potential to rise into the higher echelons of power. She viewed education and the use of intellect as the most direct pathway to individual success, but she never pushed me or my brothers one way or another. Part of our liberty lay in the ability to make our own choices.

Mama adored the Queen of England, not so much because of her royalty but mostly because she carried herself with such dignity. She had the same kind of affection for Eleanor Rosevelt and Jackie Kennedy because she saw them as distinctly American royalty, women who were equal in every way, and sometimes even a bit superior, to their powerful husbands. She truly saw these two as being more regal by way of their accomplishments and in the manner in which they carried themselves than most of the blue blooded royals throughout the world. She was inspired by both of them, particularly after they proved themselves to be such strong individuals after the deaths of their spouses. Because of my mother’s philosophies I suppose that I  grew up without the traditional female filters that had so defined women for eons. I quite arrogantly understood my own capabilities and simply forged ahead, announcing my plans to my husband rather than conferring with him to get his approval. Luckily I married a man whose own mother was strong-willed and he saw nothing unusual about my way of doing things.

My brothers are in turn married to incredibly independent women who have always marched to their own drumbeats. Their partnerships, like mine, are based on mutual respect. Neither of them feel that they or their spouses should play a dominant role in their marriages. They have loving and faithful wives, but always coequal partners who share both the burdens and the blessings of married life. There is no competition in their roles, but rather a strong sense of mutual respect and support. They are as thoroughly modern as my mom was.

Women everywhere are breaking stereotypes and punching holes in glass ceilings. In some corners of the world they are sometimes held back by cultures and traditions that do not deem them to be as worthy as men. Even here in the United States we still struggle to understand and encourage the female half of the world. Recent news developments have proven that we have a long way to go before we see the universal acceptance of women as fonts of power in their own rights. Still the evidence of their abilities and potential has always been right before our eyes. Everyone has a story of a remarkable woman that carried her own weight even when it was thought that doing so was crude and maybe even rude. Our minds regarding women are indeed changing even if the pace is slower than we wish it to be.

It’s not really so difficult to help young girls to become as strong as we hope they will become. All we have to do is allow them to make their own choices and to understand that we support them regardless of which direction they want to go. In our typical folly we sometimes think that we have to throw the baby out with the bath water to foment change. In other words we go from swathing baby girls in pink and showering them with thoughts of being princesses to insisting that they eschew fashion and all study to become engineers. It’s important to understand as my mother did that the key to raising mighty women lies in encouraging them to follow the destinies that lie within their own hearts, not ours.

Even the staunch and staid monarchies are slowly but surely changing. This week Prince Harry announced his engagement to a woman who might have been scandalous in a bygone era. She is a divorced biracial American actress, but none of that appears to matter as much as the fact that she is an amazing woman or that she and Harry are very much in love. She has established herself as a success in her own right, and she has been honored for her compassion and the causes that she supports. In the new frontier she does not have to be of royal decent to forge an alliance with a prince. While she is indeed quite beautiful, I suspect that it is her generosity and openness that captured Harry’s heart. I think that my mother would be quite pleased to hear of this remarkable development.

I have great hopes for society even though we women still have miles to go. More and more often we are being accepted in the halls of commerce, academia, manufacturing, and politics. Right here in my own little corner of the world a tiny young lady kicked the winning field goal in this year’s gridiron rivalry. Women are winning seats in local, state and national government at a faster rate than ever before. More than half of today’s college graduates are female. We go places and do things that were once taboo. We still have a long way to travel, but there are positive signs that women are finally enjoying more and more of the kind of freedoms that my mother so appreciated and desired. We have some kinks to iron out and bad thinking to overcome, but the future looks brighter for young girls all of the time.

I have only one granddaughter. She sometimes has to fight her way to be part of the group of six young men who are my grandsons. She is all too often unfavorably compared to her twin brother by well meaning teachers and relatives who have not discerned how truly remarkable she is in her own right. She has very special talents that will no doubt take her far. She is unafraid to take risks and she works twice as hard as the guys to reach her goals. She is determined to make her own individual mark on the world, and I believe that she will find the success that she seeks. Like the female trailblazers who have come before her, including her great grandmother, she is on a mission to change the way we do things. If she maintains the courage to focus on being herself, she will be able to ignore the naysayers and the slights and find her way. If my mother were still here she would remind my granddaughter that she is just as important as a queen, maybe more so. She would urge her to hold her head high and follow her dreams. After all, even a girl from an ordinary family who has proven to be quite competent on her own may soon be a princess. It’s a whole new world and it is good.