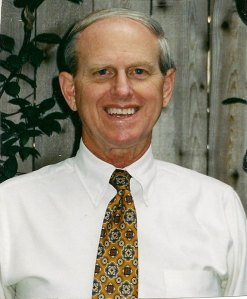 I’ve become fascinated by a series of classes at the Rice University Glasscock School of Continuing Education featuring the history of the kings and queens of England. Dr. Newell Boyd uses primary and secondary sources to bring the reigns of the British monarchs to life. His courses are exciting strolls through history that illustrate that human nature tends to be the same from one era to the next. The cast of characters may change but the themes echo over and over through time. His is a very personal look at history through the eyes of those who wrote commentaries about the people and events as they were happening.

The thing that has most struck me throughout the series of lectures is that so many of the problems that we humans face today were concerns hundreds of years ago. Those of us who are not royalty or “mighty barons” today may have a better quality of life than the common folk of yore, but questions of religious freedom, power, and economic equality remain essentially the same as they were when peasants’ lives were brutish and brief. The saga of mankind has been a story of wars and intrigue but it has also been one of slowly evolving equality and freedom and opportunity even for those not born into wealth and power. Much of that trend began in the rise and fall and ultimate decline of aristocracy and the belief in the Divine Right of Kings.

I’ve learned from the study of the Tudor kings that the audacious dealings of Henry VII in his quest for an heir had more to do with keeping peace in the empire than simply attempting to father a male child. Prior to Henry’s reign there had been years of warring between families to claim the throne. Henry desperately hoped to maintain a firm hold of legitimacy and continuity in the royal hierarchy. He believed that only a male heir would insure that there would be no challenges to the authority of his line. Of course we know in hindsight that his beliefs about biology were erroneous and that a woman would ultimately rise to the throne and do so successfully.

This semester Dr. Newell is outlining the story of the Stuart kings who descended from Mary Queen of Scots. Because Elizabeth never married and died without an heir there were many questions about who was the rightful heir to the throne. Untangling the family tree that lead to James I  is a story in itself but the gist of his troubled monarchy lies in the fact that he was raised in Scotland as a Presbyterian and as such was never fully accepted by the people of England. His reign and that of his descendants was continually marked by both political and religious intrigue that lead to unrest, civil war and revolution.

The Protestant Reformation had let the genie out of the bottle. While the Church of England was the official religion of the land there were still Catholics and Puritans determined to defy the dictates of the king who served as the head of the church. In his efforts to demonstrate his power and legitimacy James I was rigidly doctrinaire which lead to treasonous attempts to assassinate him by religious groups, perhaps the most famous of them being the plot to blow up Parliament when James was present by a group of Catholic revolutionaries that included Guy Fawkes.

James’ son Charles did little better than his father to earn the love and respect of the people. It was during Charles’ reign more seeds of revolution were sowed as Parliament became more and more powerful and the king became more dependent on their whims. It was also a time when grand new philosophies regarding the rights of ordinary people began to flourish. The world of royalty in England would never again be quite the same.

I have been particularly intrigued by this period of time in history because I can trace my own ancestry to the times. Charles was being plagued by warring forces in Scotland. People of the Puritan faith refused to bow to his demands that they adopt the beliefs of the Church of England. In an effort to rid him of those problems while also diluting the Catholic influence of the Irish Charles encouraged many Scots to relocate to northern Ireland. It was from that migration that my paternal grandfather’s people came. He always proudly boasted that he was Scots Irish, a strange mix of cultures that I never before clearly understood. Now I know that they were probably trouble makers searching for a place where they might think for themselves.

I am also learning more about Oliver Cromwell, a defiant member of Parliament who would lead England to revolutionary ways of thinking. From a woman in my paternal grandmother’s ancestral line I am a relative of Cromwell, all of which helps me to understand my own somewhat rebellious nature and unwillingness to simply follow the crowd.

I suppose that many of the folks who eventually came to the New World in search of opportunity and a new start were pesky Puritans, Scots Irish, people who had grown weary of being persecuted and limited by kings attempting to assert their authority. The philosophies and tyranny that had once been accepted as the Divine Right of kings began to unravel with the reign of the Stuart kings and it would end with a revolution unlike anything that they might ever have imagined. It’s fun to watch it all unfold while already knowing how it will end and it’s even more exciting to know that my kinfolk were part of it. Dr. Boyd surely knows how to make history come alive!