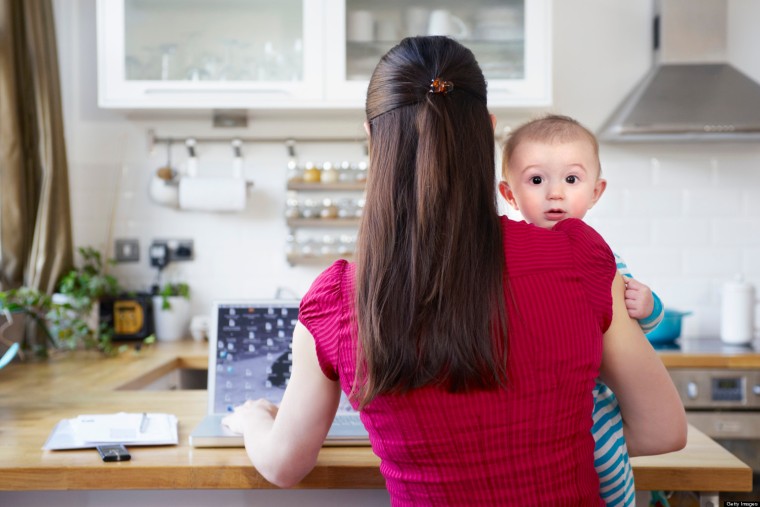 After my father died I rarely spoke to school mates about my family’s situation but one day at recess one of my friends asked me what I would do if my mother also died. I fielded her question rather deftly and bravely by insisting that my Aunt Valeria would take care of me. When my classmate persisted in her interrogation by suggesting that I would probably end up in an orphanage I parlayed by boasting that my aunt already had an extra bed in her home which was proof to me that she would never allow me to be taken away. My false bravado hid the very real fear that my buddy’s analysis of my situation was actually be more accurate than I was willing to admit. I was only eight years old and I had two younger brothers. In the silence of my heart I worried that if anything ever happened to our mother we would be split up as a family and sent who knows where.

I’ve been seeing and hearing comments from a number of single mothers who are deeply concerned about becoming ill with Covid-19. They worry openly about what might become of their little ones if such a dreaded thing were to come to pass. I have felt their anxiety in a visceral way because it was only after I too became a mother that I realized the enormous burden that my mother carried in wondering what would happen to me and my brothers if she were to somehow become incapacitated.

Mothers are struggling with this virus not just because of the many responsibilities that they are juggling, but from the very nature of their love for their children. Whether the kids are babies or grown adults protective maternal instincts are in full force and being stressed by the uncertainties of the situation. While I witness valiant efforts on the parts of mothers across the globe I also feel the underlying terror that many of them are feeling.

As the days in isolation continue and the stories of the sick and dying increase I also hear of moms wondering out loud if their best efforts to keep their children safe and calm will be enough. Even the most confident among the women that I know are wavering and worrying. In the past week I have begun to get messages late at night from mothers who feel the earth moving under their feet and need some reassurance that they are really doing the best for their children.

I’ve lost count of the women that I know who have been laid off from their jobs in the middle of all the chaos. They are genuinely worried about losing their homes or their cars and they know that quickly finding new employment is unthinkable now that they have their children at home all day. They rely on the kindness of family and friends but worry that at some point they will be on their own with few prospects for rebuilding secure lives for themselves and for their children. Because they do not want to frighten their youngsters they remain calm and carry on during the day only allowing themselves to fall apart when everyone else has fallen asleep. That’s when I get the dire texts from them asking if I know of any resources to which they might turn.

It’s difficult enough to be a mother in the most normal of times. It’s incredibly challenging during a rare moment like the one in which we now find ourselves. Few of the usual avenues of support are available right now. All of the social ministries are flooded with requests for help. Getting a phone conference with a doctor takes some doing. Even the churches are somewhat locked down.

I see and hear those moms. I know the intensity of the love that they have for their children. I understand their worries and I want to speak to them from the point of view of their little ones because I have been there before. I was a child who relied so totally on my mother. I knew that she was the everything in our household, the only adult who had to play every role. She was not perfect but in my eyes she was a saint because I saw that she was devoting herself to me and my brothers. I realized that we were the center of her universe even when she was working or going to college to earn a degree. I knew that her entire life was focused on making us feel safe and loved.

I see and hear all of the moms and they remind me so much of my mother. I know that they are amazing women whose children will never forget the sacrifices that they are making. In fact I suspect that one day their kids will view them exactly the way I saw my mother, heroes who kept them safe and secure. I want to tell them to be kind to themselves and to rest easy each night in the assurance that the lessons they are teaching their children are beautiful and never to be forgotten.

Take care all of you mothers. You are the bedrock in an uneasy time. You’ve got this and so do your children. Nobody needs perfect, all they need is love and you have an endless supply of that to spread around.