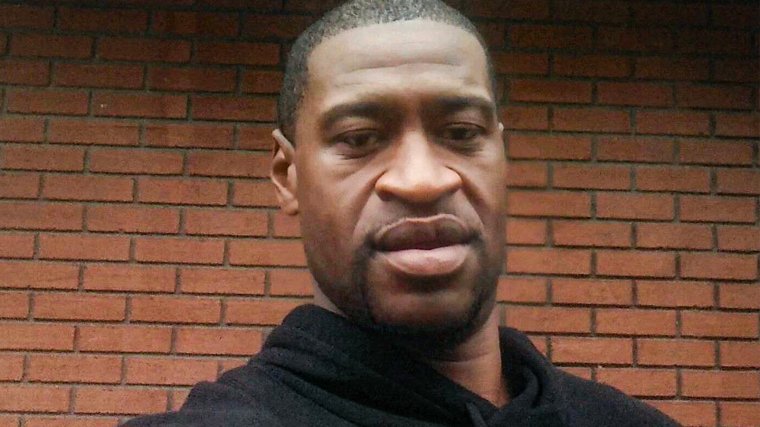 I think it is time to look for a moment at the life of Floyd George. He was born in North Carolina but grew up in Houston’s third ward, an area that I have known since my childhood. I hate to admit it but when I was just a youngster in the nineteen fifties it was often referred to with a very racist and ugly description using the “N” word followed by “town.” We often drove through the area on the way to my grandmother’s house and even as a small child I noticed the poverty and horrific conditions. I even recall asking my parents one time why we made black people live away from us and why they had separate schools and public facilities. I was told that it was just the way things were and that we all had to follow the rules. It was one of the few times that I did not think that my parents had hung the moon. Even as a seven year old I somehow understood that the treatment of black citizens was unfair.

George Floyd, or Floyd as his family and friends called him, would have been living in the third ward at a time after segregation. He was young enough to have been my son and I might have taught him at school had he and his family moved just a bit farther down the road in the southeast part of Houston. Instead he grew up in a part of town where people often struggled to make ends meet. He found a place for himself in athletics at Yates High School where he was the tight end on a football team that went all the way to the state finals. He also excelled at basketball and when one of his coaches landed a job at South Florida State College he was recruited. His college career only lasted two years but his coach and the coach’s wife would always remember Floyd as a sweet and gentle soul who made them smile.

Floyd stayed in touch with all of his old teammates many of whom enjoyed success as professional athletes and coaches. They had a kind of brotherhood from their high school days that kept them close even as the years passed. Floyd struggled to find his own success and to care for his wife and family. Eventually he had a brush with the law and spent five years in prison. He paid his dues and became determined to clean up his life. A buddy convinced him to relocate to Minnesota for a new start and Floyd saw the opportunity as one that might be just the ticket he needed.

Floyd was a good man with a big heart. He had learned from his own mistakes and he wanted to teach young people the importance of eschewing violence and seeking a good and honest life. He worked at a restaurant and club as a security officer and supplemented his salary there by driving a truck. His bosses and the customers he encountered all remember him as an optimistic sweet and happy soul who would have taken the shirt off of his back to help someone in need. Life seemed to be working well for him until Covid-19 struck and he lost his jobs.

We know the rest of Floyd’s tragic story all too well. By way of video we were eyewitnesses to his death. We saw the gentle giant breathe his last as a police officer calmly kept him pinned to the ground even as he struggled to hang onto life. It was an horrific end to a story that is all too often repeated in our society but rarely played out so publicly. Still there is so much more to George Floyd than we will ever see. He is so much more than a tragic victim of police brutality.

His family is in a state of disbelief that their beloved brother, cousin, father would have died in such an horrific manner. His friends who played with him at Yates High School wonder how this could have happened to such a kind person. Even his second grade teacher remembers a sweet  little boy who so seemed to be heading for a promising life that she saved samples of his work. Nobody who knew Floyd thought of him with anything other than admiration. He was in their words the kind of person who was always helping, alway protecting and somehow when he needed help and protection most it was not there.

George Floyd is coming back home to Houston this week. The alumni association of Yates High School has already honored him as the fine athlete that everyone knew. His family has asked that everyone respect his peaceful nature when using him as a symbol. The Houston police force wants to provide an escort for his funeral just as they would if an officer had fallen. The people back home are heartbroken that one of our hometown citizens had his life ended so tragically. His death hurts us all.

George Floyd is so much more than just symbol of discrimination and its effects on black lives. He was someone who was loved. He was joyful, someone who encouraged and supported everyone that he met. He liked to give hugs. He was someone whose impact on people was profound even before that fateful moment when he died. Let us not forget his vibrancy. Let us remember him with love.