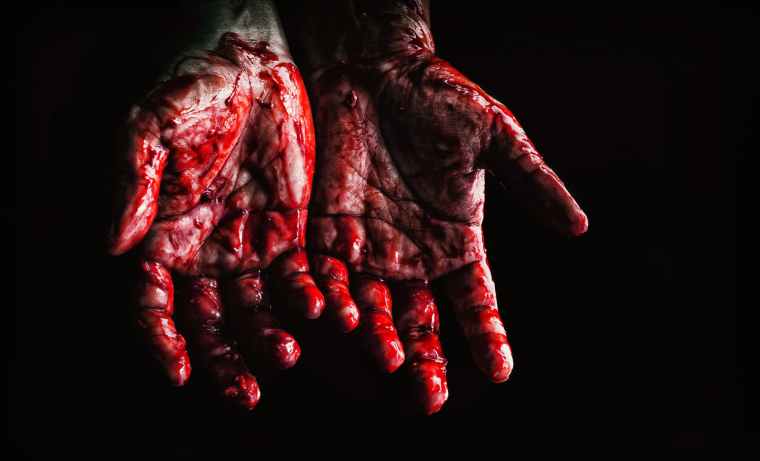 I’m a student of human nature. I watch people all of the time, even when I’m at the gym. My mother used to correct me for staring when I was a child. I suppose that I become so interested in observing that I sometimes forget how invasive my glances may appear to be. My interest in people watching worked well when I was a teacher because as anyone who has been in charge of a group of youngsters knows, it is potentially lethal to look away for even a second. Thus my skills in noting the goings on around me worked fairly well although there were always sly individuals who snuck past my notice.

I am particularly fascinated by criminal activities. Mysteries have always been my favorite kinds of books and true crime has the power of fully engaging my thoughts. The television programs and movies that I enjoy the most are those involving investigations of murders and such. I suppose that I might have been a good candidate for the FBI or even the CIA. I wouldn’t want to be the person working in the streets to prevent crime, but rather someone who does the detective work after the fact. Mostly I am the kind of person who wants to know what causes an individual to act beyond the confines of normal law abiding behavior. I wonder what circumstances lead to violence and murder, and more importantly whether there is a critical moment at which such tendencies might be noted and deactivated.

I believe that we only know a fraction of what goes on in the human brain. Somehow illnesses and dysfunctions breed there just as they do in other parts of the body. We have yet to unlock all of the secrets of the mind or the impact of environmental factors on human behavior. We are certainly more advanced that in the past, but there is still so much to learn, and in those discoveries may lie the keys to helping the wretched souls who become monsters in our midst.

Unlike many who believe that we are born with the stain of sin and must be saved, I have always thought that we are the most innocent and pure as babies. It is in our future development that we become either good or bad people, and the complexity of how that process works is difficult to unravel. The chemistry and makeup of our brain, the ways in which we are raised, the events that befall us, the people with whom we come in contact and every little interaction with the world around us slowly molds our character and influences the ways in which we make choices and how we react to their consequences. Two people from the very same family will quite often be very different in spite of experiencing almost identical circumstances. So how are we to learn how to effectively build character, and how do we judge what the best practices for doing so should be?

I am quite troubled by the mixed messages that we send our young. On the one hand we want to eliminate the means of committing acts of violence by enacting laws restricting the use of guns, and at the same time we allow our teens to spend hours defending themselves with electronic arms on video games. The programs that stream into our homes are filled with murderous tales and some of them even provide a kind of hero status to characters whose actions are as questionable as the villains that they pursue. The line between good and evil is often so blurred that it is difficult to determine right from wrong without lengthy debates. We depict serial killers with a hint of sympathy and barely examine the lost lives of their victims. We no longer insist on a certain level of public decorum from those who lead us, and yet we wonder why so many children today are bullies. We see hypocrisy and lack of personal responsibility all around us and then shake our heads in disbelief when someone loses it and strikes out against complete strangers in murderous rage,

I heard an interview with a man on NPR the other day that was fascinating. He claims to have had violent urges from the time that he was only about five years old. He was continually in trouble during his school days and became known as a troubled child. Somehow he managed to turn things around in high school and landed an appointment at West Point but he still felt those horrific urges in his mind. While at the academy he met a teacher who spoke of the role of the military in striving for peace rather than automatically opting for war. The professor taught the students the skills of finding a place of calm inside their own minds so that their reactions would be reasoned and calm even in times of great stress. This concept changed the direction of the young recruit’s life. He became a disciple of such thinking and made it his vocation to study ways to tame the beasts that seemed to lurk inside his mind. He devotes his career to helping others to find the peace of mind that he now possesses. He truly believes that given the right situation it is totally possible to help many violent people to set aside their aggressive tendencies.

As a teacher I encountered many children who were so troubled that they had been designated as special needs students with emotional disturbances. They would often act out with little provocation or warning. Their behaviors were sometimes frightening. It was heartbreaking to see their pain and suffering and not have enough time or training to really help them. They were often relegated to self contained groups under the direction of someone who did little more than keep them from hurting themselves or others. It felt as though their lives had already been defined.

I took a special interest in such young people. I desperately wanted to make a difference in their lives. Most of the time they would indeed improve while they were in my class, but ultimately they had to move to the next grade and I would not see them again. I would hear of egregious acts that they had performed. I would grieve for them, and consider better ways of working with them. Only once did I feel that I might have actually changed the direction of such a student’s life. He was someone with anger management issues who was generally a sweet soul, but when something set him off he became enraged and dangerous. I managed his behavior quite well. I began to sense when his frustrations were overwhelming him and I created safe spaces where he would go to unwind, He seemed to be improving as long as he was with me, but when he went to other classrooms he often lost his composure and found himself in trouble.

Each summer San Jacinto Junior College offered a special math/science program for students who wanted to enrich their knowledge of those subjects. The college sent me applications and urged me to encourage my students to try for the limited number of spots. Interested parties had to write essays describing why they should be chosen and most of those papers were so similar in content that the selection came down to a lottery. I would allow anyone who was interested to apply, but I was somewhat concerned when my behaviorally challenged student turned in his forms and written work with great earnestness. When I read his composition I believed that he would win the competition because it was profoundly moving. Indeed he landed a spot over many of my most brilliant students. When the other teachers heard about this they urged me to ask him to withdraw lest he embarrass the school with one of his outbursts. I decided that it was more important to let him have the opportunity to do something positive.

I found out that the young man didn’t have a way to get to the daily classes at the college and so I agreed to take him. I picked him up early each day and for four weeks drove him back and forth from the college which was about a forty minute drive. During that time we talked about so many things, but mostly about how excited he was to be thought of as someone who was good and worthy. He confided that the instructors and the other kids at the program thought he was smart and good natured and so for a few hours each day that’s who he was determined to be.

The program continued all the way through the young man’s high school years and even included special events. Each time he had an event to attend I was his chauffeur. We became the best of friends during those rides and I watched him grow into a truly remarkable person over the next four years. He laughed at the idea that nobody ever knew that he was actually a bad boy, or had been deemed one at his regular school. He assumed the role of a studious and well behaved young man and soon realized that it wasn’t that difficult to be that way all of the time. His life began to change in very dramatic ways.

I was sad when I no longer had to drive him to his classes. We said our farewells and he gave me a lovely gift that I still treasure. Each time I look at it I think of how easy it was to make a difference. I still find myself wondering how many more might have been saved if only we had tried harder.