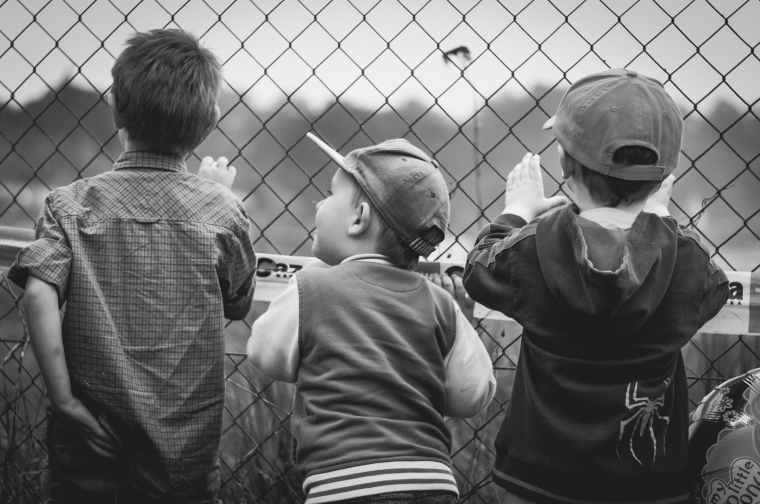 My time as a child was filled with boys. I had two brothers and a gaggle of male cousins. The only other girl, Ingrid, and I were the only girls at extended family gatherings, at least until the guys began to marry. When I became a mom my world changed completely when I had two girls. I sometimes wondered if my husband felt overwhelmed by all of the estrogen. As a grandmother I was back to what I had known as a young girl when six of my seven grandchildren turned out to be boys. I adjusted to the rough housing and gross jokes quickly because the habits of young males were all quite familiar to me.

I have to note that neither my brothers nor my cousins ever treated me as though I was somehow less than they were just because I was a girl. The only abuse that I sometimes endured from them came in the form of crass jokes that I soon enough learned to laugh about. All of those guys celebrated my successes and encouraged me to reach for all of my dreams. When I met my husband the supportiveness continued on steroids. I grew up believing that I was one hundred percent equal to any man which is why I find myself wanting to defend young boys these days from a kind of implied assault from rabid feminism. As sometimes happens the effort to create a level playing field for women has at times resulted in some people believing that the only way for girls to rise up is to pull down the guys. Because of my own positive relationship with boys I find this kind of thinking not only to be troublesome, but more pervasive than it needs to be.

Of late, and in particular during Women’s History month, I have read a number of opinion pieces that are tearing into parenting practices for young boys and even the record of male accomplishments in the past. It is as though our society is in attack mode when it comes to maleness and that worries me for the sake of the boys as well as the girls. It’s important that we keep our perspective when it comes to raising our children and preparing them for the adult world. We have to remember that there are physical and psychological differences between all children and most especially between males and females. Teaching each person how to become healthy and happy requires individualization and an appreciation of diversity.

We sometimes hear of the battle of the sexes, and in truth we should not think of the realization of goals as being a kind of war. Certainly there are instances when girls are abused or harassed by men, but we all know of cases when women have taken advantage of good men as well. We should be aware of such outlying behavior, but also admit that for the most part the relationships between boys and girls, men and women is more akin to my own positive experiences. Our goal in raising our children should be to continually emphasize a spirit of mutual respect between all people regardless of sex. We only create more tension by insisting that boys are somehow a privileged lot who must be humbled so that girls will finally get their turn.

I go to the gym five or six times a week and I am steadily becoming stronger but I can’t help but notice that even the weaker men who use the weight machines before me are capable of lifting poundage that is far beyond my capacity. I don’t believe that this is because we have somehow given men more opportunities and encouragement for physical development, but because they have a different genetic and physical structure. When it comes to intellect the playing field is much more equal. Through hard work I was able to rise to the number one rank in my high school class. I did that not because someone held back the young men so that I would make better grades, but because I put in a bit more effort. Nonetheless, I always understood and appreciated that the males in my classes were as capable as I was. I just ended up with a slightly higher GPA than they did. In the end we were generally equal in abilities.

I had every opportunity accorded to the men both in college and in my career. I made my own choices and when I encountered the occasional male chauvinist pig I ignored him and worked even harder. Mostly the males with whom I worked pushed me to advance and be successful just as my brothers and boy cousins had. Ironically I was more likely to find problems with women than men when it came to road blocks on the job, so I’ve always wondered why our society is more and more often setting up barriers for boys while opening the gates for women.

Don’t get me wrong. I applaud the efforts of women to tackle male dominated jobs, and I am a realist when it comes to accepting the fact that there will be those who still harbor very old fashioned ideas about the roles of men versus women. I just want to be certain that in our enthusiasm to remember the women we do not steamroll the men. Progress is of little value if it comes at the cost of damaging half of the population.

So as we celebrate the advances of women and do our best to continue the progress that has been made, let’s all agree not to trample on the boys in our enthusiasm. We need for all people to be able to make the best of the talents and intellectual abilities that they have. Our goal should be to raise each child in an environment that motivates and inspires. Our focus should be more on the future and less on the mistakes and injustices of the past. If we are constantly indicting the boys for sins that we worry that they might one day commit we will stifle them in nonproductive ways just as was sometimes done in the past with girls.

Girl power is wonderful, but so is boy power. Together we can make a better more equitable world, but if we continually devolve into quibbling and put downs we haven’t got a chance. It’s time to work for everyone in a spirit of fairness. That’s how we create the adults who will one day be able to carry on the work of humankind.