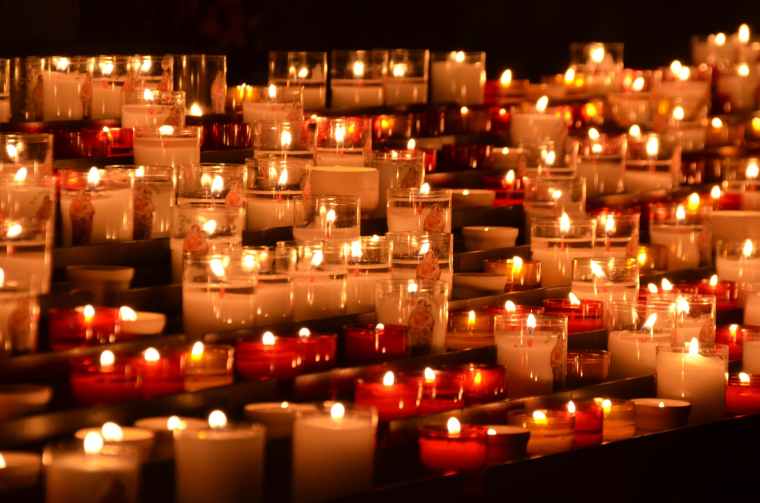 Grief is just love with no place to go. —- Jamie Anderson

I usually take out my copy of a recording of the Broadway musical Jesus Christ Superstar and play it around Easter time. As I continued my ritual this year I was suddenly reminded that a few years ago at about this time I was listening to this music while on my way to visit a friend who was in the hospital dying. I had known her for more than forty years and it would be the last time that I would see her alive. She was breathing, but little more than that. I nonetheless told her that I loved her and gave her hand a squeeze in the hopes that she might somehow realize that she was not all alone in her final days. Her husband had died years earlier and many of her former friends had passed as well. She had no children and her living relatives were far away in Chicago. It was a sad situation that somehow finds its way back into my mind with great regularity each time that Easter rolls around.

My grief for my friend was compounded by the horrific fact that within a span of mere weeks not only did she die, but also three former students whose lives were tragically cut short. I literally found myself wondering who would be next and I was soon walking in a kind of emotional daze. I even wrecked my car while in my own garage as absurd as that might sound. I was quite literally feeling as fragile as delicate glass and wondering how it was even possible to encounter so much sadness in such a short space of time.

One of the people who died that spring was a vibrant young woman who was in the process of planning her wedding. She had selected her gown and the venue for the celebration. Her world appeared to be nothing but loveliness and she could not have been in a happier state of mind, nor could those who loved her most. On the night of her death she and her fiancee had been to a party. She wisely chose to drive home because he had been drinking and she was in excellent shape. As she navigated the car down the road a drunk driver swerved into her car causing her to lose control. When all of the vehicles came to rest she was dead, leaving her friends, her fiancée and her mother in a state of shock and despair.

While the young woman’s mom has been a paragon of strength and inspiration, she has suffered now and again to this very day. She knows all too well what might have been had her child lived to walk down the aisle and maybe even one day have a baby of her own. Her grief is still palatable when certain triggers bring back memories, but she does her best to be optimistic. The love for her daughter only continues to bloom and grow, but as the saying goes, it has real no place to go, even as she channels her goodness into helping others.

Recently the grieving mom spoke of the dos and don’ts in relating to those who have lost a loved one. She reminded all of us that it does not help to hear that her child “is in a better place.” Nor does she want to be told  that “everything happens for a reason” for what possible rationale might there be for such a terrible tragedy? Are we really to believe that somehow she was supposed to sacrifice her beautiful angel for some grand purpose? Of course we know that reality doesn’t work like that.

When someone dies we often struggle to know what to say or do. In our desire to offer wisdom we sometimes actually make things worse with platitudes that somehow attempt to diminish the hurt and pain that loved ones are feeling. We want to believe that time will heal the ragged emotions that people feel. We are often far too eager to urge them to hurry back to normal so that we won’t be as uncomfortable. Often the reality is that they will continue to carry a certain level of sorrow in their hearts for all time. They may not be as desolate as in the beginning but they will always miss that special person and endure moments of pain associated with the loss.

My father died more than sixty years ago and I have certainly come to grips with his absence in my life, but it would be cruel to hear someone suggest that maybe he is better off than if he had been allowed to continue as our father and guide me and my brothers through our childhoods. His death was the ultimate tragedy for our family and none of us have ever fully recovered from the grief of not having him around. We are not neurotic about his passing, but we know that we somehow missed something very special and we wish that we had been allowed to have just a bit more time with him. Without warning something will trigger our thoughts of him and the “might have beens” that we will never experience.

Sometimes all someone who is grieving needs is the space to fully engage whatever feelings are coursing through their souls. All those of us who wish to comfort them need do is express our love for them and provide a shoulder lean on or a hug to show our concern. We really don’t have to provide spiritual or intellectual lessons. Being there and continuing to be there is more powerful than all of the words that we might muster.

People have to find a place for the love that they feel for the special people in their lives, even when they die. The complexity of doing that reveals itself in grief. It is a normal and natural process that they must endure and it is always painful. It’s not up to any of us to attempt to deny them the opportunity to experience the emotions that are part of the long journey of healing. When someone has the courage to admit to the hurt and anger that accompanies them after loss, just remember that what you are seeing is love.

2 thoughts on “Love With No Place To Go”