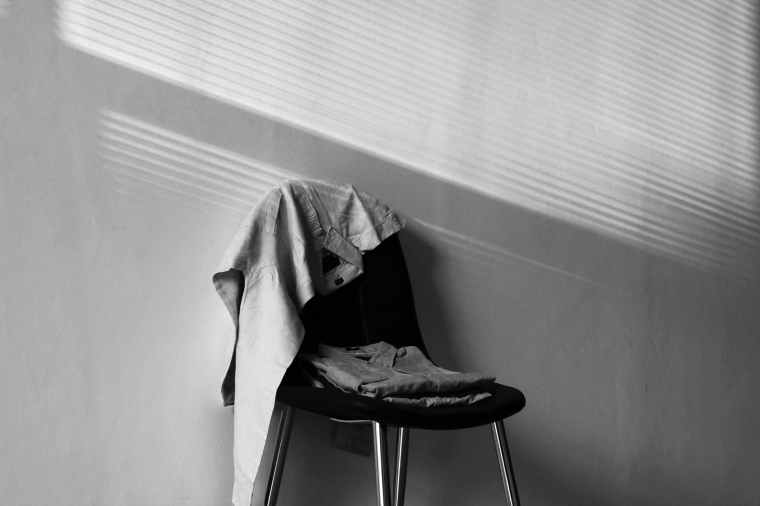 These days women are leaning in, speaking up, attempting to achieve a certain level of equality with their male counterparts. I listened to a group of them commenting on how often they feel invisible, and their discussion caught my attention because there have been so many times when I have felt as though I am not seen. I found myself wondering what the actual reason for this might be. It would be easy and tempting to assume that I am sometimes ignored because I am a woman, but the reality is no doubt more complex than that.

My husband often jokes that I sometimes just disappear when we are out and about. That happens mostly because he doesn’t hear me when I explain that I’m just going to run over to Aisle 9 to pick up something that we need. Some might think that he is just not paying attention to what I have to say, but I understand that he has a hearing problem and I have a very soft voice. To make him aware I have to almost yell, something that I really don’t like doing, and so my communications sometimes don’t get through. He ends up wandering around trying to find me and I get frustrated because he has left the spot where he was supposed to stay until I returned. I suppose that by now I would be better at making sure that he has internalized my comments before taking off, but I’m usually in a rush and make assumptions that lead to a game of hide and seek inside a store.

It might be argued by feminists and purveyors of women’s studies that the basic problem is that my husband just doesn’t hold my statements in enough regard to grasp the gist of them. Another commentary might be that I was schooled by society to be a proper woman by speaking in moderated tones. While these ideas have some merit, I happen to know that they are far from being totally accurate. It has only been in recent years when his hearing began to fail that my husband began to have difficulty comprehending my directives. Furthermore my cousins will tell you that I come from one of the loudest families on planet earth. My training should have lead me to voice myself in sounds that boom across a room. Instead I rebelled and chose to communicate less like a barker and a bit more like a reasoned and controlled arbiter.

Still, I wonder about myself because there have been numerous times when I literally wondered if I had indeed become invisible and just didn’t realize it. Quite often I am standing at a counter waiting for assistance and the clerks will wait on everyone around me but never get to me. Only when I assert myself and demand that I be noticed do I finally get the service that I need. Perhaps because my upbringing taught me to be polite and fair, I demure to those who are more pushy. I tend not to speak up for myself until I have finally had enough. Maybe this is a form of invisibility that limits the perception that people have of me. After all the squeaky wheel does tend to get the grease. Interestingly, however, I have a brother who behaves in the same manner that I do, so it’s difficult for me to assign my characteristics to some attempt by my mother to raise me to be more feminine.

In my work life I was never afraid to speak up whenever I believed that an injustice was happening. Most of the time my bosses appreciated by assertiveness and tapped me as a leader. Only twice was I pushed aside and ignored. Ironically my worst critic and tormentor was another woman who took my suggestions as personal criticism. She made my job so miserable that I eventually chose to leave. The other individual who felt threatened by my critiques was a very insecure man who was later fired. Sadly the comments that I had made to him might well have saved his job if only he had listened. Instead he made me feel utterly invisible, as though I was as worthless as a tiny mouse. Perhaps he simply did not understand that my purpose had been to make our organization stronger, not to tear him down.

I suspect that there are men who have felt invisible as well. In fact, it seems to me that arguments that generalize about anyone have little merit. For every male chauvinist pig that I have encountered I have known hundreds more men who treated me with respect. Attempting to use an anecdote to explain an entire society is particularly unscientific and even so called data can be misleading because it may not be taking all considerations into account.

I’ve certainly seen discrimination in it’s many forms and I do believe that it is real in particular circumstances, but I also think that we should not forget to celebrate the advances that women have made just in my lifetime. I have watched the evolution of opportunity for women grow ever wider, so that there is very little that they may not achieve. I’d hate to see us girls inhibit the boys in our quest for self actualization. We should be able to compete without tearing them down, remembering that we are bound to encounter troubles along the way with persons of any sex who have insecurities.

I intend to continue to be the same quiet person that I am. I like myself just that way. If my low key manner causes me to be invisible now and again I’ll just have to learn when I need to take charge of the situation. I don’t need to change my ways nor insist that the male half of the world change theirs. Instead the sensible thing seems to be to find ways to understand and respect one another. It’s not that difficult to be flexible and to adapt. That may be the quickest way to the top for anyone.

I joked around when Hillary Clinton was running for president, but I was earnest in my assessment of her campaign. She might have been a far more convincing candidate if she had taken some of my suggestions and those from her husband. Instead of bemoaning the inequities of being a woman, she should have celebrated that fact that she was running for the highest office in the land. Rather than pointing out the differences that seem to inhibit women she would have been better served to demonstrate her many strengths. She should have reached out to her detractors and those who felt that their lives had somehow been diminished by an ever changing world. She could have listened to their cries for help rather than calling them deplorable. I suspect that she lost not so much because she was a woman, but mostly because she made a large group of people feel invisible. She should have understood how awful that feels.