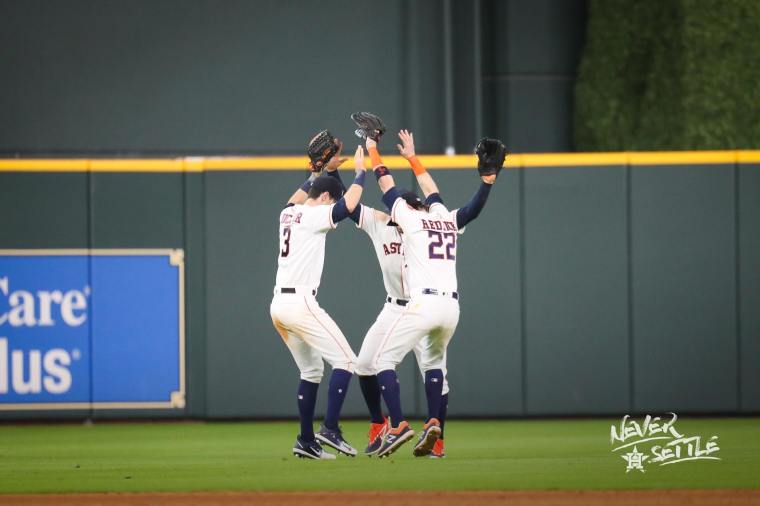 It all began in 1979 when the University of Houston played Notre Dame in the Cotton Bowl in Dallas, Texas. It was an unusually cold day and Notre Dame’s quarterback, Joe Montana, had the flu. He was so sick that he didn’t even come back on the field for the beginning of the second half of the game. My Houston Cougars appeared to be in the driver’s seat for most of the game even though Notre Dame made progress in the second half. With only a few seconds left in a game that seemed to be leaning toward a UH win, Joe Montana came back onto the field after downing some chicken soup. With only two seconds on the clock he threw the winning touchdown pass snatching victory from my university.

We had been at a watch party with our friends, Linda and Bill, and to say that our disappointment hung heavily over the proceedings would be an understatement, but back then nobody really understood the pattern that would slowly but surely reveal itself. At least nobody looked to me as a jinx on that day, but time would tell a different tale.My family began to notice that anytime I watched any kind of sporting event my team would ultimately lose, often at the last minute on a fluke play. Mostly I wasn’t enough of a fan to create a noticeable pattern right away, but now and again the same kind of disappointment that occurred in the long ago Cotton Bowl game would rear it’s ugly head.

Then came the 1983 NCAA championship basketball game between the University of Houston and North Carolina Sate. The Houston Cougars were ranked number one in the country with players Clyde Drexler and Hakeem Olajuwon. I was in a class with Cylde and he and I were members of a group slated to give a presentation together. He missed our assigned date to play in the big game where he performed well, but NC State was determined and as the final seconds counted down the score was tied. Just before the buzzer, North Carolina took a risky shot and walked away with the victory. Oddly I rarely watched such games but because Clyde was a classmate of mine, I took an uncharacteristic interest. The game that everyone thought would be the Cougar’s proud moment was suddenly stolen from their grasp.

After that I felt as though I had some kind of bad juju, an aura of negativity that in some strange way affected any team for which I cheered. The bad results began to pile up in evidence that I was a jinx, a jonah, someone who needed to be barred from games. I can’t even begin to recount the number of times that things turned out badly anytime I was actively cheering for a team in a crucial contest. At first my friends and relatives scoffed at the very idea that I might have some crazy power to turn the tide in athletic contests, but more and more often the results of my interest in such events lead to the inescapable conclusion that I was somehow bad luck.

I know it sounds totally crazy, but even the most logical and rational people that I know now ask me to stay away from even thinking about critical sporting moments. I had to attempt to ignore the Houston Rocket’s basketball games when they twice won the National Championship. I felt it my duty to give Hakeem and Clyde a fighting chance, and it worked.

Whenever a big game is on the line I go shopping, take a walk, read a book, watch a rom-com, or go to sleep lest I send my favorite teams into a tail spinning loss. Just last year I had to completely ignore the Houston Astros in their run for the National Baseball Championship. I had been a faithful fan since way back in the nineteen sixties and could honestly say that I had never once been to a game where the team won. When they made a run for the gold in 2005, my entire family banned me from even listening to the games  on the radio. Last year I made a point of pretending that they were not even in the running. Unfortunately I was so certain that they were going to take it all in spite of any bad karma that I brought them that I snuck several peeks of the October 31, game which sadly they lost. I completely ignored the winning game lest they go down in flames, and they finally locked up their world championship.

I often think that my life as a jinx is totally silly, and so I do experiments to prove that there is nothing to the theory that I bring some form of bad luck. With that in mind I decided to attend an Astros game when they were playing the last place Detroit Tigers. The Stros had beaten Detroit 9-1 only the day before and All Star pitcher Verlander was slated to be on the mound. I was certain that I would finally witness a victory and lay my negative reputation to rest. I settled in with a bag of peanuts and nothing but positive thoughts only to watch my team go down as the Tigers hit one homer after another.

My friend Linda was also at the game. She has been a devoted Astros fan for most of the season and she sent me a text noting that the guys were not playing like themselves at all. When I reminded her that I have never seen them win, she realized what was happening and jokingly suggested that maybe I didn’t need to attend or watch anymore games. Her quip was followed by others asking me to stay away.

Somehow it is my lot in life to be the local purveyor of bad luck for teams. I also have the reputation for bringing rain whenever I travel somewhere. Both ideas are based on the fact that for some reason these things actually happen over and over again. I understand the vagaries of probability quite well, and duly accept that the story of my association with sporting losses is little more than a coincidence. Of course I have nothing whatsoever to do with the crushing defeats that I seem to witness over and over again, but then again why should I take chances? If a team legitimately loses without me, I have a clear conscience, but why should I tempt fate? So I revel in the glory of wins after the fact. It feels just as good to celebrate after viewing the video of the replays as it would to be in the moment. It also saves me from guilt. Who knows, maybe I’m just a silly goose, but I’ll take one for the team just in case.