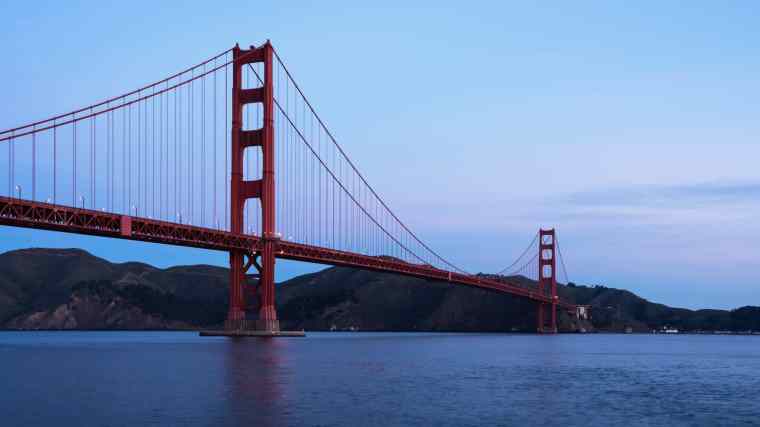 It’s easy to understand why Tony Bennet left his heart in San Francisco. It is one of those cities that never grows old for me. I return again and again to find that I am still enchanted with its beauty. I can’t imagine getting tired of looking into the bay or crossing over the Golden Gate Bridge. I am delighted by the undulating hills of the streets that are adorned with the most delightful houses. It is a city comparable to London, Paris or Rome in my mind, and it is only a short plane ride away from my home town of Houston. Periodically I get the itch to return, and luckily I enjoyed the opportunity to be there a week or so ago.

The nice thing about my actual destination of Sacramento is that it is really close to lots of great places most of which I was able to visit in between my grandson’s races. I was actually a bit disappointed to learn that next year’s Junior Olympics will be held in a different locale because Sacramento was just perfect in every possible way.

Our brief sojourn in San Francisco was made even shorter by a massive traffic jam that we encountered on the way to the city. Our two hour drive time was almost doubled by some kind of difficulty that we never actually saw. As far as we knew it occurred just because so many people were traveling to the city by the bay on a beautiful Friday afternoon. Whatever the reason we ultimately reached the outskirts and were directed by Siri to travel in an unusual direction that gave us the opportunity to see the bay from the viewpoint of an industrial port. It was a great reminder of how and why San Francisco developed over time and it also happened to be quite interesting.

Eventually we circled around to a high end area on the Sausalito side of the Golden Gate Bridge. There were lovely homes nestled in the hills and exclusive shops that spoke of a clientele with excellent incomes. The traffic on the bridge was moving freely but fog covered the structure even though it was an almost cloudless day. The usual gorgeous view was obstructed, but there was nonetheless something quite appropriate about seeing it in this different way. I had always heard about San Francisco fog but never seen it in any of my former visits.

We were specifically searching for the Rothy’s shoe store in downtown so that we might purchase a particular pair of pumps for our daughter who has become a big fan of the trendy flats made from recycled plastic water bottles. The style she wanted is only available in the store, so we knew that she would be quite excited to receive them. We got a cook’s tour of the city as we turned here and then there to reach the tiny shop that was jam packed with excited women trying on their favorite colors and styles. I was able to bypass all of the commotion because I knew exactly what I wanted and luckily they had what I needed in stock. The very accommodating sales lady gave me a wonderful canvas bag to carry my purchase and I was soon waving Mike down as he circled the street again and again.

I had heard vicious rumors about San Francisco streets littered with homeless people and human feces. I saw nothing like that as we drove from one end of town to the other. In fact everything was impeccably clean and all of the residents and tourists seemed to be having a great time. There were smiles all around.

Of course a brief look at real estate prices showed me that few people can actually afford to live in San Francisco. The only home that I found that would cost the same as my house was a six hundred fifty square foot studio. It’s difficult to imagine how much someone must make to afford the luxury of living in that grand city.

We continued our drive down memory lane by traveling over the bridge into Oakland and finally into Berkeley. I saw something there that was both dismaying and at the same time rather nice. A kind of homeless tent city had been set up near a park. There was a sign indicating that a concerned group was managing the care of the people who lived inside the cloth structures that were neatly lighted up in rows. Someone had installed solar panels to create electricity and there was a Porta-potty for the use of the homeless souls.

A few of the people were sitting at a table playing dominoes and all in all it appeared to be a safer and cleaner alternative to the homeless encampments that I have seen across America. Since few of those who are homeless like the idea of being confined in shelters with lots of rules this solution was a rather ingenious one, something that we might immolate everywhere. Because so many of the people in these conditions are either suffering from some kind of addiction or a severe mental illness they need to be actively monitored while at the same time granting them the dignity of freedom. I mentally applauded the group that had taken the initiative to help in small but powerful ways.

We ended our excursion with a visit to Rudy’s Can’t Fail Cafe in Emmeryville where we enjoyed burgers and onion rings. We were happy to see Pixar flourishing across the street and marveled at all of the improvements in the once downtrodden area. What had at one time been an almost abandoned industrial disaster is now looking modern and upbeat.

I was quite happy to be able to visit San Francisco before returning to Houston. I hope that I will be able to see it again and again. There is something magical about it that soothes my soul. A piece of my heart always stays there even if I will never call it home.