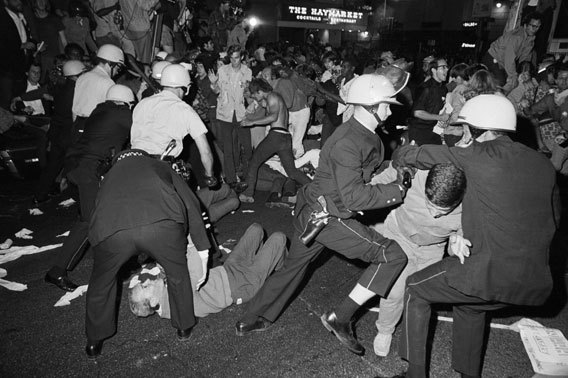 I began my personal journey through the pandemic back in March. When I decided to write my thoughts on what was happening in my tiny corner of the world I did it to leave a record for my grandchildren and great grandchildren yet to come. I would have liked to have had a written day by day account of how the Spanish Flu of 1918 affected my grandparents, but of course they were too busy simply surviving to have the luxury of journaling about their experiences and thoughts. Neither of my grandmothers were literate and both of my grandfathers were laborers who only got paid when they showed up for work. I feel certain that they simply pushed through that pandemic hoping that they would stay well so that they might provide for themselves and their families.

My writing has not so much been an unbiased historical account of Covid-19 as a depository for my feelings. In describing what I see happening I almost naturally draw on a lifetime of experiences and perceptions. At first I viewed the virus as a kind of adventurous challenge. I would surely show my mettle in being able to stay well and navigate through the restrictive days of isolation. I saw it after all as mostly a matter of staying busy and creating purpose for myself, but over time my emotions overtook my resolve. I looked outward and saw suffering on a grand scale. It became more difficult to simply enjoy the quiet time in my home when the numbers of sick and dying steadily increased. These were people and I could not even begin to imagine how their lives had been turned upside down. My goal became less and less about protecting and entertaining myself and more and more about doing whatever I needed to do to flatten the exponential curve of disease.

I was bemused and saddened as I saw great rifts developing within our population over how seriously to take Covid-19. I am a mathematics teacher and from a family of engineers and scientists and doctors. I suppose that I am inclined to make decisions based on research and data from experts and so it seemed ridiculous to listen to anyone other than those respected for their work with medicine. As the anger in the nation grew and armed citizens stormed state capitols I found myself harking back to the year in which I married.

It was 1968, and at nineteen I was far too young to be making a lifetime commitment and yet events from that year had convinced me that reaching for love was the best decision I would ever make. In that fateful year Dr. Martin Luther King, Jr. had been assassinated in Memphis, Tennessee. Not long after presidential candidate, Robert Kennedy, was gunned down following his primary victory in California. The year was filled with student protests and when the Democratic Convention was held that summer in Chicago things turned violent as protestors clashed with the police. I would always remember 1968 as both the year that I married and perhaps the worst year in the country’s history during my lifetime.

At my wedding the priest who gave the homily spoke of how much courage and optimism it took for two people to look to the future given the violence and divisions that seemed to permeate every corner of the nation. He applauded Mike and I for demonstrating the certainty of our love in uncertain times. I felt and understood every word that he spoke and prayed on that evening that peace and justice would one day become the rule for America.

Now more than fifty years later I was spending day after day inside my home with Mike and we both somehow felt as though what was happening was profoundly worse than anything our country had endured in our lifetimes. Little did we know that in the very week when the nation recorded its one hundred thousandth death that ghosts from our past would rise once again.

I wonder how it can be that only about a week ago we watched in horror as police officers took the life of George Floyd in a brutally cavalier fashion. He was only forty six, young enough to have been one of my children. He had grown up in Houston, my hometown. He attended Yates High School and played on their football team. By all accounts from those who knew him he was a sweet man who traveled to Minnesota to get a fresh start in life. On the day he was murdered he had used a counterfeit twenty dollar bill to make a purchase. We don’t know if he was even aware that it was bogus but that is neither here nor there. The manner in which he was ultimately mistreated is all that really matters and as I watched the painful last moments of his life it felt as though all of those years when I chose to set the pain and injustice of 1968 aside had been a selfish unwillingness on my part to face bitter truths. We have problems that have yet to be addressed and no slogans or hats or pretense that they are not still with us will make them go away anymore than pretending that Covid-19 is a hoax will allow us to resume business as usual without fear of more sickness and dying.

I have forced myself to watch the unfolding tragedy of pent up anger night after night. It is a painful thing to see. I do not like it. I want it to stop, but I know deep down inside that it will not go away permanently until we face it squarely and fairly just as we must face the virus. The tragedy of what is happening in our country today is not that we don’t have normal graduations or that our European vacations have been cancelled but that people are suffering and yet we are anxious to get everything back to normal even as we sense that nothing is normal. We are fooling ourselves if we just ignore the cries for our attention, for our help.

Using dogs and force to control human beings was a common method for those who enslaved the ancestors of many of the young people who are shocking us with their behavior in the streets of America’s cities. Vigilante lynching was used to keep the newly freed slaves in line after the Civil War. Even when Martin Luther King led peaceful protests the great grandparents and grandparents of today’s young people met with billy clubs and rubber hoses wrapped with barbed wire. When American athletes quietly kneeled during the National Anthem to demonstrate that Black Lives Matter they were loudly criticized and their efforts were mocked and ignored. I wonder how far any group of people can be pushed before their anger boils over in the kind of lawlessness that we are seeing? I wonder how we and our children and grandchildren would be acting if the tables were turned?

There are forty two million black Americans living in our country today. Only a handful of them have taken to the streets and even among those who are protesting an even smaller number are committing illegal acts. Nonetheless the vast majority of all African Americans are viscerally hurt and filled with grief and anger that even after all this time discrimination based on the color of their skin still exists. They are the group most affected by Covid-19 in this country. They are the most affected by the massive unemployment that has resulted from the pandemic. Nearly every problem our country has affected them more than any of us.

Our African American coworkers and neighbors and friends need us to finally hear their pleas and understand that while slavery was long ago the indignities associated with it have yet to be fully resolved. We cannot fool ourselves into thinking that just because we do not personally discriminate that there is no need to continue the efforts to eradicate the underbelly of racism. We can no longer rely on an Abraham Lincoln or a Martin Luther King to do the heavy lifting for us. We must lead ourselves out of this wilderness and into the promised land by setting things right once and for all. For surely if we only clean up the damage and go back to our normal lives the ugly stain of slavery will continue to haunt us all.