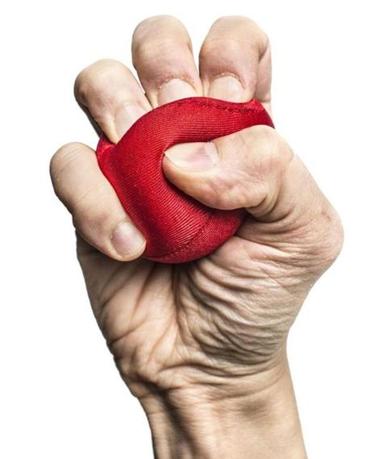 From time to time my only female cousin comes to town and we literally talk until the cows come home. Both of us have grown children and grandchildren now and are retired from our jobs. We used to enjoy discussing politics and immersing ourselves in information and news that we shared with one another with great interest.  Of late we have decided to generally avoid all forms of political reporting and discourse. Mostly ignoring all of the rancor in Washington D.C. has been a welcome respite and one that we both agree will be our new habit. I suspect that we have many fellow travelers in that regard.

In her most recent visit my cousin revealed a whole new philosophy that has some merit. She noted that the two of us are growing older. Neither of us have any idea how many more years lie ahead for us. My mother died at age eighty four, but her mother, who is my mother’s sister, is still going strong at age ninety eight. Depending on which of the two our genetics favor we might still enjoy a good thirty more years or half of that. I suppose that neither of us can ever really know what is in store, but we can release ourselves from the constant stresses of worrying over the happenings in Washington D.C.

My cousin pointed out that we have both had exceptionally good and productive lives. We worked at satisfying careers and had the privilege of parenting great kids who have in turn become incredible adults. Our time in the limelight is passing and leadership is changing hands. Our children and grandchildren are its future, not us. As such, she asks, shouldn’t we be asking them what kind of world they wish to have? She suggests that it isn’t up to us to foist our own wishes on them but to respect the ideas that they have developed. It is an interesting concept that might make a large difference in how we react to political trends.

My mother used to tell me that much as the Bible says, there is a time and a season for everything. I was once a mother but that is no longer my role. I have had to give my daughters wings and support them as they raise their own children. The way things are today is different from when I was guiding them. They must adapt to the changing times and I need to also be aware that parenting today may of necessity look very different from what it was like when I was a mom. So too it is with politics. The younger generations have different outlooks from ours which is pretty much the way things have been throughout history.

My very wise cousin has been through quite a few challenges. She has raised two sons as a single parent and battled a very rare form of breast cancer only to survive like a warrior. She believes that those of us in the AARP state of life will in all probability be just fine if we put our fates into the hands of the younger set. She argues that we raised them to have certain values and we should show confidence in their reasoning. I have to admit that I think that she is right.

I love the so called greatest generation of my parents but they have always had a tendency to be a bit bossy. Much like Queen Elizabeth they are loathe to relinquish power and control. I’ve often thought that many of the really older generation have never trusted those of us in the Baby Boomer group. It is up to us to break that cycle of domination and admit that we don’t always know everything and that sometimes a younger person is capable of better ideas.

I’ve been to a number of end of school year events of late and I am reminded again and again of how earnest and hard working most young folk today really are. They have hopes and dreams and desires that tend to be quite unselfish. They are prone to looking at the big picture and gazing into the future with positivity and hope. They genuinely want to save the planet and spread good will to all people. They have known less of racist thinking and phobias toward certain groups that my generation all too sadly witnessed firsthand. They possess boundless optimism and trust. At the same time they are far from being naive. I know them to be warm hearted and wise. I think that we must begin to listen to them and give their ideas more credence and less criticism.

My grandfather used to argue ferociously with my father over politics. The two of them would grow red in the face and their voices would rise to angry levels. By the time that I was old enough to talk about such things my grandfather would simply smile approvingly no matter what I uttered. He had learned to be far more accepting of differing points of view. He had his ideas and encouraged everyone else to have theirs. I suspect that his change came from years of experience and a growing knowledge that most people will cling tenaciously to their beliefs regardless of rebuttals.

It’s quite freeing to come to the conclusions that my cousin and I now embrace. I don’t feel a need to argue with anyone or to attempt to change minds. I find it interesting to hear whatever people have to say and rejoice that they care enough to have an opinion.  We may make mistakes and muddle through but in the end with each successive generation we always seem to find our balance and ultimately attempt to do what is right and just. I’m betting that the sons and daughters of me and my contemporaries will be more than up to the task, and that they in turn will be followed by their children who seem to have their heads on quite straight indeed. It’s good to feel so positive. Thank you, cousin, for the sage advice.