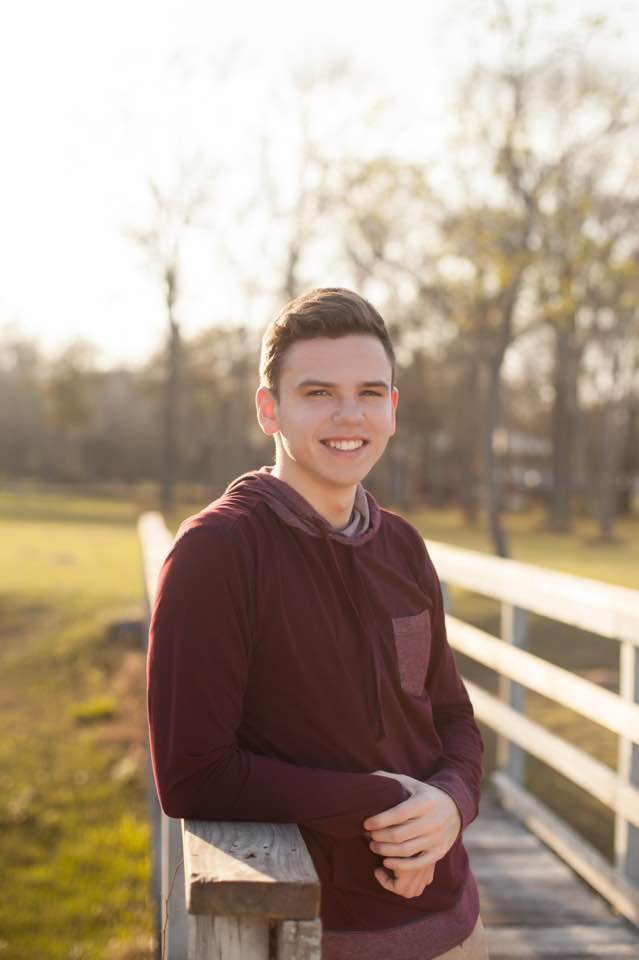 I was working at South Houston Intermediate when a messenger came to me with news that my eldest daughter had gone to the hospital to deliver her second child. Luckily I worked for an understanding principal whose instant reaction when I asked if I might leave was to tell me to go immediately. I contacted my husband who worked nearby, and the two of us met up at home where we hurriedly packed a few items and then rushed off toward Beaumont where my girl was living at the time. We raced as fast as the speed limit would allow and completed our ninety mile journey in record time, literally running into the hospital to find out where the birth was taking place. Unfortunately there were two hospitals in Beaumont and we had gone to the wrong place. We retraced our steps to the car and set off once again in search of the correct location. We found our way to the right spot and literally ran to the labor room only to encounter our son-in-law exiting our daughter’s room with a big smile and the announcement that Jack Michael Greene had been born minutes before. We were allowed to peek inside and see our elated daughter and her newborn son who appeared to be strong and husky. Thus began a journey of eighteen years with a most extraordinary young man.

Jack Michael Greene was named for my father, Jack, and my husband, Michael. It was a noble name representing the two men who have meant the most to me in my lifetime. It suited the youngster quite well for as he grew it became apparent that he possessed an exceedingly loving and gentle personality along with a multitude of talents much like his namesakes. He was so sweet that he rarely even cried and he brushed off injuries and slights with smiles. His easygoing ways helped his mother to cope with an ever expanding family. He was always that kind of child who just rolled with the punches and adapted to change without fanfare.

He was a wiggly and active little boy who always seemed ready to take on life with his trademark grin. He tumbled and danced his way into our hearts, embracing the world and all that it had to offer. There seemed to be nothing that he was not willing to try and so he ran on the soccer field and then became a tough defensive player in football. He dove into swimming and eventually taught his younger brothers how to do the various strokes. He took knocks and bruises and disappointments in stride, always viewing challenges as a necessary aspect of living.

There was a serious side to Jack that people didn’t always see. He was a deep thinker who quietly surveyed the world and asked questions about things that bothered him. He loved to hear the silly stories that I invented and when I slightly changed them in any way he reminded me of the correct way of telling them. He wanted to be brave and courageous so he forced himself again and again to do things that were difficult and frightening. He was bold in a quiet and unassuming way.

Jack has always been so much fun that people sometimes ignore his intellectual side. He was taking Algebra I in the seventh grade and he walked from his middle school to the neighboring high school in the eighth grade to take Geometry with high school students. He excels in subjects like Physics and finds coding software programs to be as much fun as playing a game.

When Jack was in about the fourth grade he asked his mother to sign him up for an acting classes. He was a natural and landed a role in the musical Annie Get Your Gun. It seemed to have been just one more thing that he wanted to do, but he had been bitten by the bug. When he reached high school he enrolled in theater as a freshman and continued with the troupe for all four years. He starred in musicals and dramas and found friendships along with his voice.

A few years back Jack accompanied me and Mike on a vacation trip to San Francisco and Yosemite National Park. We had an enchanting time and Jack threw himself into enjoying himself with the same level of enthusiasm that has always been his trademark. We had the opportunity to engage in some exceedingly thought provoking conversations and to experience moments that will be special to all of us forever. I realized at that time that Jack has layers and layers of intelligence and sensitivity. He is truly a man of substance.

Jack will graduate with honors from George Ranch High School tomorrow. He has packed a great deal of hard work and energy into the last four years. He was a varsity swimmer, an actor, and he enrolled in virtually every advanced placement class that his schedule would support. He also earned the rank of Eagle Scout and served as a leader of his patrol. He completed hundreds of hours of community service all while holding down a job delivering pizza and Italian food. Somehow in spite of having a mountain of responsibilities he maintained the same calmness and sunny outlook on life that has defined him since he was a tiny boy.

I have favorite Jack moments that remain forever in my memories. I see him dancing exuberantly and confidently when he was a toddler as though he is the happiest person on the planet. In another treasured recollection he is a smiling boy wearing a Sorcerer’s Apprentice hat at Disneyworld. I’ll never forget staying awake until an ungodly hour watching Forrest Gump with him. Then there was the time that we walked among the giant sequoias of Yosemite speaking of what is most important in life. Finally are those times when I watched him miraculously transform himself into other characters on stage, bringing a stunning sensitivity to his performances.

In the fall Jack will be a freshman at Texas A&M University which seems fitting since his namesake, my father, graduated from there. He was selected to be in the Honors Program and plans to major in Computer Science. I find comfort in knowing that Jack will be at Texas A&M. My father loved the school so. He often spoke of the grand times that he had as a student there. I suspect that like my dad Jack will immerse himself in all that the school has to offer just as he always has with everything that he has done. It is in his nature to experience life in its fullest.

I am bursting with pride and love for Jack Michael Greene. He is and always has been rather amazing. I suspect that there are many exciting adventures in his future, and it will be fun watching as his life unfolds. He has become as wonderful as I always knew he would be.