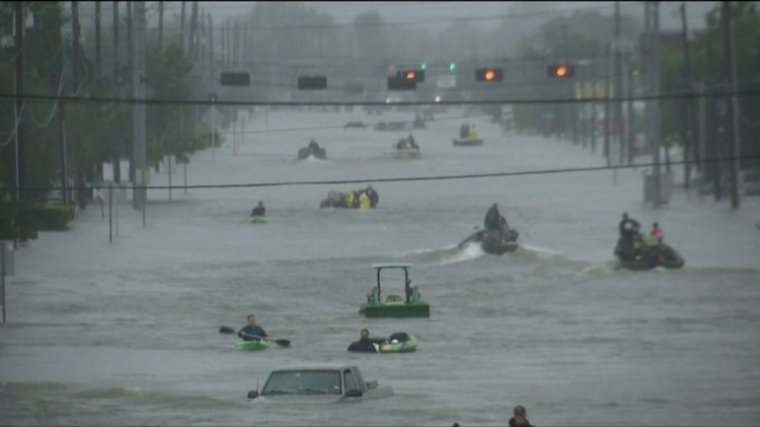 It is barely Tuesday, August 29. The time is midnight, but I will be staying up all night. I am one of the blessed ones in Houston because my home is still dry, but it has been raining all day and storms are still raging outside. I plan to be vigilant because I just don’t know how much more water the drainage system will accommodate. I want to be ready to turn off power and prepare to camp out upstairs if the water comes into my home. I pray that I will be spared, but I have learned in only a few days that there is nothing normal or certain about this storm called Harvey. I would do well to expect the unexpected.

Yesterday was perhaps one of the most difficult days thus far in my storm watch. Far too many people that I know were reporting that their homes had been inundated with water. I had not expected to hear so many more terrible stories. The devastation is beyond anyone’s imagination. All parts of the region have been affected. Nobody is immune, so I find myself wondering when the shoe will drop for me.

My daughter had to flee her neighborhood when she was told that the levee protecting the homes from the Brazos River might not hold. It took the concerted efforts of several people armed with maps to guide her family from Houston to San Antonio. Somehow they miraculously found a way to get her family there with a very strange and circuitous route. Not long after she arrived at her destination she began to receive reports from neighbors indicating that the river near her home had gone over the top of the levee and water was filling the streets. She is happy to be safe, but uncertain that there will be anything left of her house when she returns. She is sickened by the images that her friends are sending her. These are people that she has known for years. They have raised their children together. They are like family, and now their lovely community is being ravaged mercilessly.

Someone that I have known since second grade had to flee from her home shortly before dark last night. I still have not heard whether or not she and her husband are okay. I have been quite worried. Their lovely house may be inundated by morning when the levee protecting it possibly fails. I can’t even imagine the fear and desperation that she must be experiencing now. My heart is breaking for her.

I am feeling frantic as I listen to the downpour. I want my home to make it unscathed. Some of us have to have places where our friends and family will be able to stay during the long journey back to normalcy, whatever that will be. I teeter between great hope and utter defeat. Our task will be enormous and we so want it to work out well. We are clinging to the smallest rays of hope, but Harvey appears to be laughing at us.

I have been reading articles written by talking heads who do not even live in Houston. They are attempting to analyze why we are in the midst of such a catastrophe. They want to lay blame on someone for what has happened. Is it us? Was it our ancestors? Should we indict our public officials and leaders? How silly they are. There is not a city anywhere on planet earth that would have been able to sustain the amount of rain that has been dumped on Houston for days and days. No amount of city planning or consideration of climate change would have helped. It is simply not possible to pour the equivalent of the entirety of the Mississippi River into a small area over the space of only a few days.. That is what has happened to us. We have been subjected to a freak of nature.

There are others that would have us believe that we are being punished for some horrific transgressions. What a ridiculous idea. We are good people and that is quite apparent in the behavior of both the victims of the flood and the heroes who are saving them. Houston is not an example of a horrible place that deserves vengeance. Quite the contrary. Besides God doesn’t work that way. He would not hurt millions of innocent people just to prove a point. How dare anyone even suggest such a thing when so many are suffering!

We are all trying to be very strong. We love our city and keep telling ourselves that we will overcome this. The last thing that we need is criticism. We are not interested in opinions that hint at an “I told you so” smugness. We need support, not lectures. If people can’t say something nice, then they should say nothing at all, especially when they have never even lived here. As every Houstonian knows, you must experience our city before you will ever understand it. Outsiders can’t imagine why we are so in love with this place, but we all know what the magic is.

The rain continues to pick up in intensity. I frankly can’t stand the sound of it anymore because I have seen far too many images of the ruin that it is creating. I hope that when the sun arises my home will still be high and dry. I pray that we will see the end of this sooner rather than later. We deserve a shot at mending our wounds, but that can’t happen until the water is gone. I want Harvey to go home to wherever horrible storms gol

There are so many generous souls who are coming to bring our city back to life. They are very welcome. We love them and thank them in advance. As for those who would mock us or complain that we are somehow responsible for this fiasco called Harvey, please just leave us alone. You go home too. We have work to do, and can’t afford the distraction. All we want now is to have all of our people get back home.