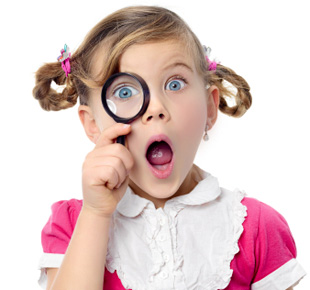 Until last week I really had no idea who Harvey Weinstein was. I’ve seen and enjoyed a number of movies that his film company produced, but never really paid attention to who was responsible for them. I thought that some movies like Pulp Fiction were the products of unadulterated genius and others not so much. I didn’t realize that it was because of Weinstein’s efforts that Shakespeare In Love won the best picture Oscar when it was up against movie gold like Saving Private Ryan and Elizabeth both of which were far superior to the winner in every imaginable way. I’ve since learned that Weinstein was masterful at garnering votes for movies produced by his studio. With his business acumen he made a name for himself and was quite the powerful man, not just in Hollywood but in political circles as well. In just a little more than a week his reputation and possibly his empire have come tumbling down. It appears that he has been taking advantage of his power by sexually harassing and maybe even attacking  young women who fell victim to his advances out of fear of destroying their careers if they came forward with accusations. The old stories of producers and directors having casting couches abound in the history of movie land and appear to be alive and well to this day.

I can’t say that I am all that surprised. I find the Hollywood scene to be so artificial. Let’s face it. Matt Damon is not really Jason Bourne anymore than any of the actors are the characters that they play. We tend to be star struck and to idolize them to the point of taking them more seriously than we ought. At the end of the day they are as human and imperfect as we are. Take away the lights, makeup, and film editing and they are often rather ordinary. The same goes for their thoughts and beliefs. As my mother always said, they have no more insight into how we should think than anybody else. In fact, it is generally in the most ordinary of circumstances that we find the most remarkable people.

Think about the totality of your life and you will be able to recall a cast of characters whom you have known who will never receive rewards or accolades, but whose ways of living were worthy of the pages of books or even the bright lights of the big screen. I recall teachers, neighbors, relatives whose impact on my development was positive and inspirational. There were so many of them, and they were oh so real. They were truly as courageous, generous and loving as they seemed to be. There was no trickery or illusion. They were the real deal, hard working people who quietly showed me how to become a responsible person in my own right. I watched them with the critical eye of a child and then a teenager and learned from them by example. I’ve never needed the moral dictums of movie stars or directors, because ordinary people have always been around to show me how to behave and treat others.

It is often said that children will do whatever they see the adults around them doing. I feel certain that that is true, because I often find myself emulating the behaviors of people that I admired long ago in my little corner of the world. My mother demonstrated unconditional love and acceptance each and every day of her life. Even when I was grown I often felt humbled by the generosity and selflessness that she demonstrated day after day without any thought of receiving thanks or praise. I had some incredible teachers who with their examples literally taught me how to be a good educator. Not any of the professional development that I have taken has ever been more effective than watching those inspiring mentors who encouraged me to love knowledge. I learned well what works in a classroom and what doesn’t from them. From my childhood neighbors I came to understand that we all live in a village in which we are keepers of one another. It is our duty to protect the people around us as much as we protect our own.

Perhaps more than anything I recall what I learned about being a woman, and those lessons were continually conveyed to me by other women who demonstrated strength and dignity in everything that they did. They showed me how to respect and protect myself. They made me aware of how to keep myself safe, and most importantly how to refuse unwanted sexual advances. I learned how to be aware of my surroundings and when to know that I might be in danger. They repeatedly helped me to understand my own importance in the world and let me know that I need never do anything that makes me uncomfortable. They gave me the tools that I have used to achieve an equal footing with my male counterparts without ever having to surrender my principles.

I feel for women who have been subjected to unwanted sexual harassment. My mother was a particularly beautiful woman and men were quite attracted to her. Sometimes they crossed lines in their behavior toward her, especially after she became a widow. She never allowed herself to be lured by promises or power, not even when she was struggling to keep up with the finances of leading a family alone. Still, she always felt such anger and humiliation whenever men attempted to take advantage of her. They always seemed to insinuate that she had somehow asked for the unwanted actions.

Why anyone would treat another human in such a vile way is beyond my comprehension, and yet we hear of such disturbing behavior again and again. Sadly it is not unique to men. It is sick and disgusting and yet we all too often see it happening and say nothing because we are frightened or simply don’t want to get involved. It’s up to each of us to not only be unafraid to report such things, but we have to get past the idea that certain people bring such incidents on themselves. We have a tendency to blame the victims of sexual violence more than we should. What’s even worse is when we assume that people from certain backgrounds are more likely to be lying whenever they step forward with stories of abuse. We need to listen to anyone with a story of sexual violence and then seek the facts that will ultimately reveal the truth. By the same token we need to be careful not to find someone guilty before we have all of the evidence that we need.

It is always shocking to learn that someone whom we trusted is not the person we thought him/her to be. What is especially sad is when many people know of abuse but look the other way. I tip my hat to anyone who has the courage to speak the truth no matter how powerful the offender may be. As a society we have to insist that nobody be given a pass regardless of who they are. Common decency and fairness requires us to be honest in dealing with abuse because our children are indeed watching. The messages that we send, the hypocrisies that we accept will mold their futures. We need to be certain that what they are seeing and hearing reflects the way we want them to one day be. The only way to curb the kind of behaviors that lead to powerful people believing that they can harm people with impunity is to bring what they have done into the daylight, and demonstrate that we will not tolerate such indecency from anyone. Right now we seem to have a long way to go before we set aside all of our false posturing and stand up for what is just.