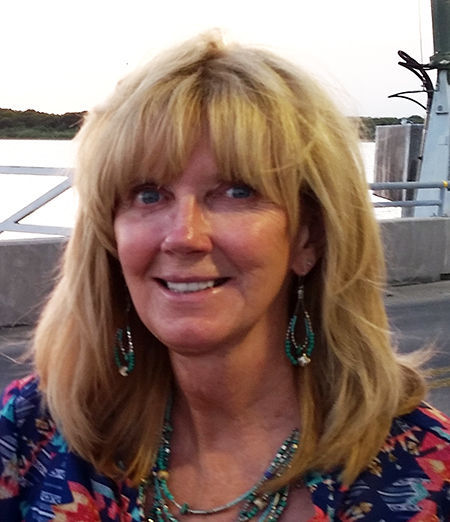 It’s always shocking to lose a friend, a peer who shared school days and fun times on weekends when we were young and beautiful and so full of promise. It’s even more terrible when one is unaware that such a person is forever gone. There is not just sadness in such situations, but a certain amount of regret and maybe even guilt. The feelings of loss bear down just a bit more when considering the “might have beens” that never quite took place.

I wrote about one of my classmates last week who had died. My friends and I were surprised to learn that he had been living nearby for quite some time, and we had no idea that he was so close to us. We were unable to locate him for our class reunion and we admittedly missed him. It would have been nice to see him one more time. Instead we were left with only memories of a long ago time, and questions about what we might have done to keep our friendship with him vibrant during the years when we only heard rumors about where he was and how he was doing. While talking about the days when we were all students and the different directions we took as adults one of my old school chums mentioned that another classmate of mine who had been a good friend had died. I was stunned because I had been communicating with her not that long ago and had been wondering why she had seemingly gone silent.

Nina Story Donigan was always a beautiful soul in every possible way. She and I went to grade school together and then enrolled in the same high school where we spent many a weekend with a group of like minded friends searching for a good time as teenagers do. Eventually Nina and I even went to the same university and took many of the same classes. I always enjoyed sitting next to her during lectures and hearing about her romances while I talked about mine. It always felt so comfortable and uncomplicated with her, but we were both quite busy most of the time. As our adult lives unfolded there would often be many years between our reunions, but somehow we always found our way back to each other if only by way of long and excited telephone conversations. It was as always though we had spoken only minutes before even when it had been a very long time. We were spiritually connected souls in so many ways and we were always making promises that when our lives calmed down just a bit we would get together in person, have some lunch or just sit and talk at a kitchen table.

Nina was a striking woman with long blonde hair and gorgeous blue eyes that seemed to twinkle with a bit of impishness. She rarely spent much time primping and grooming herself because she didn’t need to do so. She was a natural beauty. I always thought that she had an angelic glow about her that enhanced her loveliness. It came from the generosity and compassion that she bore in her soul. It was that characteristic that made her a great friend, a loving mom, and a masterful teacher.

Like me, Nina spent most of her life working with young people. She was one of those teachers who put not just her head, but her heart and soul into her work. She had caught the teaching bug just as I had and whenever we talked she was hardly able to contain the excitement that she felt from being in a classroom. I could hear her commitment in her voice and I often imagined the look of determination in her azure eyes and the upward curve of her satisfied smile.

Last year Nina appeared to be looking forward to our Class of 1966 fifty year reunion just as I was. During the planning stages she advocated going all out with a dinner and a dance in a nice place. It seemed quite clear to me that she would be there with bells on, and I really looked forward to giving her a big hug and exchanging more promises to renew our long standing friendship in earnest. I was rather surprised when she was a no show, and sadly it never occurred to me that something might be wrong. I simply accepted that she had perhaps changed her mind about attending the celebration, but I truly missed her and felt more than a tinge of disappointment.

Life took me by the hand and whisked me away in a buzz of activity after that. When I no longer saw posts from Nina on Facebook I didn’t think that anything was wrong. Many of my friends had grown weary of commenting and simply dropped out of the conversations. Besides the constantly changing algorithms that make Facebook a bit different every other week seemed to eliminate huge swaths of many of my former friends. I felt sure that we would find a way to talk again just as we had over the long course of our casual and easy going friendship.

I was unaware that Nina was quite ill. She did not share this information in posts or any other ways. I chastise myself even now for not checking on her and for assuming that her absence only meant that she was busy with something else. I knew that she always seemed to lead a very active life. She was one of those people who grabbed opportunities and took risks, making her days quite fun and adventurous. She was also someone who became so involved in helping others that it often took more than a lion’s share of her time. Still, it would not have taken a great deal of effort for me to give her a call and tell her how I had missed her at our grand event. I would have enjoyed having one of those long conversations that always felt so easy with her. I would have known that she was in trouble and needed help. I have no valid excuse for why I never took the time to reach out to her.

Now I know that she died early this year, and my heart feels as though it has sustained a heavy blow. I grieve for the lost moments that we might have shared had I taken only a few minutes to reach out to her. I grieve for not being able to tell her while she was still alive how much joy she had so often brought to me. I grieve for not sharing my admiration for her. I grieve as I recall those crazy times when we went to Friday night football games, dances, and just rode around in someone’s parents’ car talking about how we were going to change the world. I grieve that I don’t think that I ever actually told her that I loved her, so I truly hope that she knew. She was quite perceptive so maybe it was clear to her that she was indeed a very important part of who I am.

Nina Story Donigan is gone and it’s difficult to imagine the world without her. She spread her joy wherever she went and remained a loving and thoughtful human throughout all of her short time with us. She lived with a kind of gusto that makes me wonder if she somehow knew that she had to grab every inch of living while she could. She was an angel while she lived on earth so its not a stretch of my imagination to envision that she is now an official angel in heaven. I will miss wondering when our next phone call will come, but I feel so blessed to have known her and talked with her when I did. She taught me much about meeting challenges and grabbing hold of experiences and never taking anything or anyone for granted. It is so like her to continue teaching even after she is gone. Somehow Nina has reminded me that I must never again be so cavalier about a special friendship. I have learned in a horrible way that we need to declare our love for one another in the moment when are feeling it, and never wait for the day that might never come.

One thought on “A Friend, A Teacher, An Angel”