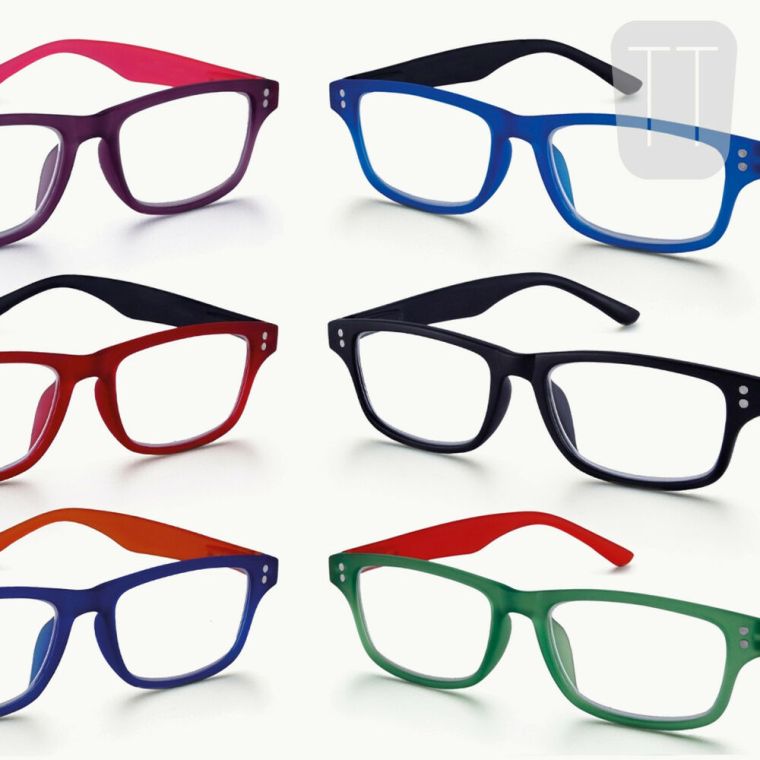 I am still able to pass my driver’s test without the aid of glasses. When I drive I have no difficulty reading the signs and keeping an eye out for problems on the road. When it comes to reading however I’m as blind as a bat. Without the aid of magnification I’m as blind as a bat. Everything on a written page literally looks like a barcode making me think of that poor fellow in an episode of The Twilight Zone who after becoming the last human on earth consoles himself with the thought that he will just read all of the books in the library until his own demise. He’s actually looking forward to living alone and having unfettered time to enjoy his favorite hobby of reading. He gathers a stack of volumes with the intent of settling down with the company of good stories when he drops his glasses and hears them shatter. The look on his face when he realizes that his situation is hopeless has stayed in my mind since I first saw that heartbreaking story.

Back then my eyes were like those of a hawk. I had no trouble with eyesight and never considered that I might one day require some kind of assistance just to be able to read a label. I first noticed difficulty discerning letters on a page when I was in my forties studying for my masters degree, In between the reading for my job and the additional load for my classes my eyes were in a constant state of fatigue. Before long I realized that I was continually squinting and holding things as far away as my arms were able to reach just to make out the print. I knew I needed to submit to seeing a doctor to find out what was happening.

I wasn’t surprised at all to learn that I had become farsighted. The doctor prescribed the lenses that I would need and I purchased a rather expensive pair of glasses that made all of my problems disappear. Unfortunately I had to remove my eyewear for all of my regular activities save for reading, so I was continually misplacing them. Not having grown up with poor eyesight made it challenging to remember to keep my glasses at hand. Eventually I lost them somewhere and given what I had spent on them I was reluctant to rush out to replace them. Instead I tried on some reading glasses at the drug store until I found a pair that made everything clear again.

I’ve never spent more than twenty dollars on my lenses but I’ve learned from experience that I can’t be foolish enough to depend on a single pair. I’ve noted that they often have a tendency to break so I carry a little repair kit, but my biggest problem is leaving them somewhere and not knowing where it was that I set them down. Now I have additional pairs of glasses stashed everywhere in case of an emergency. I’m not about to be like that poor man who for all intents and purposes became blind because his source of eyesight was destroyed.

I’ve tried a number of remedies for keeping track of those devilish pairs of eyewear that seem intent on hiding from me. I’ve tried to wear them on a chain or a leather tether around my neck but they get in the way and detract from the overall look of my fashion. Besides I suppose that they think they make me look like an old lady as if nobody would otherwise notice that I am seventy one years old. “Vanity thy name is Sharron.”

I once purchased a cute little pin that allowed me to wear my glasses on my lapel whenever they weren’t on my face. That system didn’t look half bad but the critters somehow fell off without my noticing and left me in a real pickle when I needed them. I’ve found the best defense is to always have an heir and a spare at hand so most of the time I have glasses strategically posted in various rooms of the house, in my purse, inside my car and even in our travel trailer. I won’t go on a long trip without having extra pairs just in case. In spite of my best efforts I somehow I still find myself seeking a store where I might replace the ones that have somehow escaped from me. I usually end up paying far more for the new glasses than I would otherwise do because I am desperate and can’t actually see what they cost before I buy them.

I suppose that the day will eventually come when I will need to wear bifocals or some such thing. Then I will have to keep up with my eyewear all of the time. I’m hoping that having to wear them during all of my waking hours will do the trick but I worry that I won’t be as vigilant as my husband who gets by with his single pair of glasses with no trouble whatsoever. When I think of how often I misplace my phone I feel certain that I will somehow find a way to lose even a pair of glasses that I am supposed to wear all day long.

Wrinkles on my skin and aches in my knees are just a couple of reminders that I am growing old. So far I’ve been able to push back on becoming less and less energetic but my eyes remind me that time will take its toll in spite of my denial. Of late I’ve had to wear my glasses when cleaning so that I don’t miss dirt and grime that fades away without benefit of magnification. I worry about becoming like my grandmother who shortly before her death no longer noticed that her milk had curdled or that a foreign object was in her food.

Pride goeth before the fall. I suppose it’s time to make regular appointments with an ophthalmologist and maybe even purchase some bonafide glasses with a spare to be certain that I never lose the remarkable gift of sight. For now though I’m doing quite well with the cheap pairs that have become regular features wherever I go. For the time being I’m trying to remember where I put the brand new ones that I recently purchased. I suppose I should go look for them.