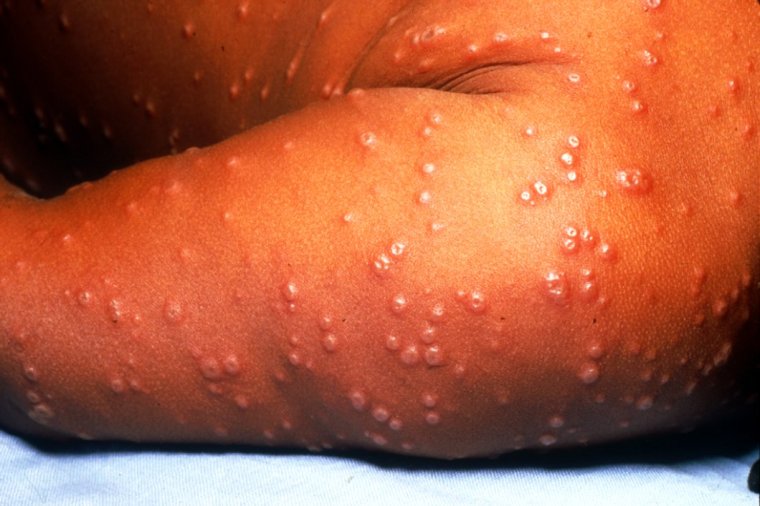 My grandfather was a natural born storyteller. He had a tendency, however, to repeat the same tales again and again which didn’t actually bother us at all. He had a way of recounting the narratives that was fascinating. We each had our favorites from his repertory. I was spellbound by his account of helping his grandmother to amputate the crushed leg of a miner. I tried to imagine a world in which a twelve year old would have to do such a thing before the dawn of the twentieth century in an area so isolated that people had to take care of themselves for lack of a nearby doctor.

Grandpa also spoke of a time when he was a bit older during which his father and stepmother contracted smallpox. He became their caretaker and endured a forced quarantine that involved having an armed guard walk the perimeter of the property to ensure that nobody other than a doctor went in or came out of the house. My grandfather was a virtual prisoner while his folks struggled for their very lives. He says he never really thought about his own safety until the ordeal was finally over. In the meantime he was certain that his father was going to die. In fact he noted that it almost appeared as though his dad’s nose was going to fall from his face because he was so ravaged with the puss filled sores.

Grandpa’s two charges eventually beat the disease and the people of the town marveled that he never came down with the illness given how contagious it was. They began to treat him with a new regard as though he were some sort of super human. They hired him to travel around the county shooting stray dogs that they believed might be responsible for carrying the disease. While my grandfather was a bit squeamish about taking the lives of innocent critters he could not be certain that they were guilt free with regard to being carriers of smallpox and so he went on the hunt and put a bit of change in his pockets to boot.

Grandpa was as surprised as his neighbors that he never caught smallpox from his parents but he explained away the mystery by noting that he had always been rather immune to sickness. I suppose that his theory was somewhat proven by the fact that he lived to be one hundred eight years old and rarely even had a cold.

After he was gone I first heard about the 1918 Spanish flu pandemic that killed millions of people worldwide. I would have liked to ask him how he did during that viral outbreak. I’ve often wondered if he managed to escape illness even in the dire circumstances of that epidemic.

While I’d like to believe that I might have inherited some magic gene from him that will protect me from major contagions, experience has taught me that I generally fall to whatever illness is on the prowl. I had the mumps before I even started first grade and the chickenpox overtook me shortly after that. I caught the measles in the winter of 1958 when I was in the fourth grade and I do believe that I may have been the sickest of my lifetime then. I’d later develop a case of hepatitis that stuck with me for over three months. I literally worried that I had a chronic type because my body refused to shake the illness. Back in about 2009, I caught the swine flu which ended up being a real humdinger. My temperature lingered in the 103 degree range for several days and I felt a bit delirious at times. Still I have always managed to fight off diseases with no lasting effects. Maybe I’m not so much like my grandfather as like his father who appeared to reach the brink of death with smallpox but came miraculously back to life to live many more years.

My doctors tell me over and over again that I am a strong and healthy woman. They sometimes can’t believe how well I am doing given my age. I’ve got some brittle bones, an esophagus that likes to narrow, some arthritic knees, and a bit of elevated cholesterol but otherwise my heart is fabulous and I show signs of being someone who may live long enough to tell my own stories of life in the “old” days.

I have to admit to being concerned about the coronavirus. I’m attempting to prepare for a worst case scenario while also remaining optimistic that the worldwide medical community will somehow manage to keep its spread in check. I worry a bit about the fact that it appears to have the worst effect on older individuals which would include large numbers of my family and circle of friends. I also somewhat selfishly would hate to think that it might somehow interfere with my planned summer trip to Scotland. More importantly though is the pain and disruption that it might potentially inflict on so many people in the world. I really don’t want anything like the 1918 pandemic to ever happen again. I’ve read enough about it to understand how terrifying it must have been.

I take small comfort in my grandfather’s story of survival in a time when there were few alternatives to simply suffering through the impact of disease. Somehow we humans made it then and I have little doubt that we will do so again. In the meantime I’m setting aside lots of soap and disinfectants and prepping for whatever may come. Hopefully it will just be a normal summer with a trip to Scotland and Olympics in July. We’ll see.