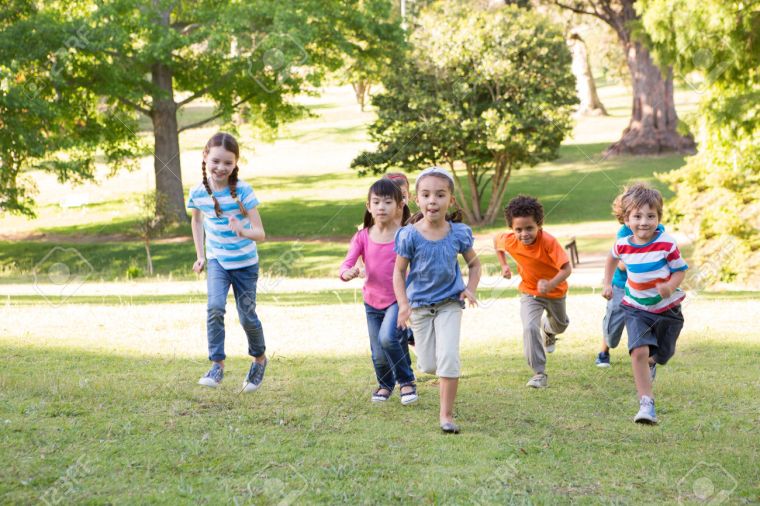 When the weather gets warm and the school year comes to a close I have a tendency to hark back to my childhood, and oh how wonderful it was. We didn’t have air conditioning back then even though Houston was as hot as it is now. We used a big attic fan and open windows to keep cool. Mostly though we stayed outside where there was always great adventure to be found. The hose was our water fountain and source of play all in one.

My usual wardrobe consisted of a pair of shorts and a sleeveless crop top. I don’t think I donned a pair of shoes from the end of May until the end of August unless we went to church or a store. My mother usually cut my hair into what she called pixie style, but it had mostly function and very little style. It kept my neck cool and was easy to care for. My feet would turn almost black by the end of each day and I often sported a ring around my neck from dirt and sweat that my mother called “Grandma’s beads.” God only knows I survived cuts from glass and punctures from nails.

I remember waking up early each summer morning. Somehow getting up with a rising sun was much easier when a day of fun lay ahead than during the school year. We were mostly on our own for entertainment. If we dared to hang around complaining that we were bored Mama would admonish us to go outside and play. Truthfully we rarely had trouble finding something to do. There were kids all up and down the block as excited about creating adventurous times as we were. We rode our bicycles up and down the neighborhood and across the bridge over Sims Bayou to Garden Villas. There we played games at the park and visited the mobile library.

All of us were quite inventive back then. At Karen’s house we built tents on her mother’s clotheslines out of sheets and blankets. At the Cervenka’s we dug an underground room. We teamed up for street baseball and had serious Red Rover tournaments. Sometimes I broke off from the boys and played with my dolls with Candy and Jeannie. Groups of us also created shows to which we would invite the entire neighborhood. I even tried my hand at amateur journalism by creating a newspaper with stories about all of the happenings.

Once in a great while my mother would treat us with a big thermos of ice water with enough cups for our friends. It was a welcome change from the hot rubbery tasting water from the hose. She was also known for inviting our friends in for lunch and she made the best sandwiches ever. When the temperature crept above one hundred degrees she allowed us to host game tournaments at the kitchen table. Monopoly and Canasta were two of the favorites and we played like Las Vegas professionals vying for world titles.

We enjoyed riding to Hartman Junior High to swim and to Ripley House to take art lessons and such. I most of all loved lying on my bed in front of the windows reading books while a hot breeze wafted over me. Reading was the surest way to be allowed in the house. As long as we were quiet and didn’t make a mess our mother was happy.

Mostly though we stayed outside until it grew dark each evening and grudgingly suspended our play when Mama called us in to take baths and get ready for bed. We spent a great deal of time lying on our backs gazing at the stars. We identified constellations and talked of things that are important to children. I remember feeling gleeful upon seeing the fireflies lighting up the nighttime and playing shadowy games of Swing the Statue.

On Friday evenings we always went to visit my grandmother, even in the summer, and that meant seeing all of my cousins. Our favorite past time was a game we called Hide and Find which was little more than a variation on Hide and Seek. We tended to stay outside because our parents filled Grandma’s tiny living room with smoke from their cigarettes. When we did go inside it was usually to watch wrestling or The Twilight Zone. On rainy evenings we spied on the brothers and sisters who were now our parents as they argued over poker games and who was our grandmother’s favorite child. We ate slices of rye bread and washed them down with a weak and sugary version of coffee. There was nothing quite like those weekly reunions that we thought would never end. Like Peter Pan we were in no hurry to grow up.

I rarely witness the kind of lifestyle that we had back in the fifties and sixties. Children today mostly stay inside of their air conditioned homes. When they come out to play their parents are with them, watching to be certain that they are safe. Most of the time they are not home, instead away participating in a host of organized activities. They are warned not to drink from water hoses because they might ingest dangerous chemicals that will make them sick. They wear shoes to protect their feet, kneepads to keep their shins from being skinned and helmets to insure that they will not endure head injuries. They make us look like free range renegades, children who should have been referred to CPS. The fact is that we were loved and cherished by parents who taught us how to fend for ourselves. We tackled bullies on our own and learned early on how to engage our creativity to occupy the hours. We truly believed that our childhoods were wondrous and we mostly invented the fun of each day with other kids rather than adults.

I suppose that the world is not quite as safe now as it was back then. The windows were always open and even though we did not see our mothers, they saw and heard us every minute. They had a neighborhood spy system that kept them continually informed. We were a different kind of gang than the ones that are now so dangerous. We took care of each other and learned how to share and be part of a team. Like Tom Sawyer and Huckleberry Finn we were summer explorers who found great adventures in our own backyards with adults from one house to another silently and stealthily tracking our movements. There was an innocence back then that parents today can’t afford to assume is present and oh how wonderful it was.

I sometimes sit and watch my neighborhood from my living room window. It is mostly quiet even when the children are not in school. I hope that they are somehow having as much fun as we did and that they will have memories that are as happy as mine. There was something rather lovely about the utter simplicity of my youth that seems to be missing today. I understand why, but it saddens me to think that children have to face ugly truths and realities about which we were oblivious. Some progress is wonderful, but having to grow up without the freedoms that I so enjoyed seems to be a loss for the new generation of children. Perhaps they are okay and don’t even know what they are missing, but I for one often wish that I might go back for just one more summer day from the time when I was young, and I would like to take a youngster along to witness just how marvelous it was.