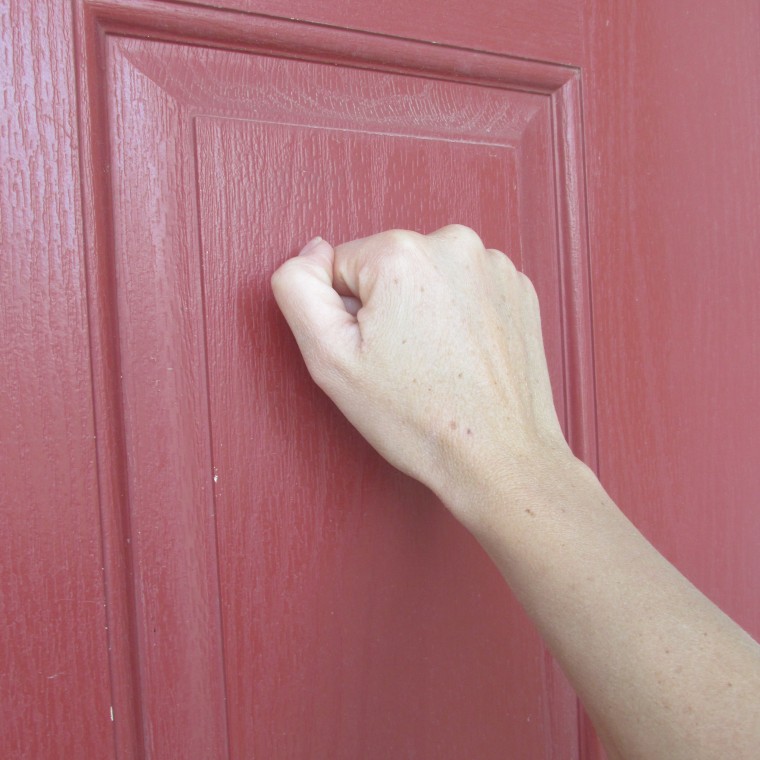 It was nine thirty on a Saturday night. We were watching a Poirot mystery on television when there was a loud knock at our door. By the time I walked down the hallway to peek outside whoever had been there was gone. I had just settled back into my chair when there was another banging noise. This time I dashed to the entryway more quickly and turned on the porch light. I saw two young boys who appeared to be around fourteen or fifteen years old. One of them sprinted away quickly and the other stood like a deer in the headlights exclaiming his sorrow for bothering us and adding that he was just trying to sell Girl Scout cookies. Of course I understood immediately that we had been pranked. I sensed that the boy who didn’t manage to get away was someone I had seen in the neighborhood. He seemed very familiar and the more I thought about it, the more certain I was that he often plays basketball just down the street with a number of his friends.

There was a time when teenage mischief was almost a right of passage. My own girls wrapped houses with toilet paper and celebrated when our home was decorated with long strands of tissue as well. I did a bit of knocking on doors and making silly phone calls in my time. Such tricks are generally done with no ill intentions and I suspect that the young boys who visited our home were just continuing the tradition of being silly on a Saturday night. Nonetheless I found myself quite troubled after our surprise visitors had left, not so much because they had bothered me, but because I worried about what might happen to them if they continue their nighttime visits to other homes.

The world is not the same as it once was. When I was young we rarely locked the doors to our home until just before going to bed. Even then we slept with our bedroom windows wide open because our home was not air conditioned. The only thing between us and a home invader was a screen which might have easily been removed. In those days it never even occurred to us to worry that someone might attempt to do us harm while we were dreaming. Our world seemed so innocent and safe.

Now we live in times of uncertainty. We hear of criminals breaking into houses on a regular basis. There is fear in people’s minds. Many of them install cameras and alarms to warn them of danger. Others add an arsenal of guns and ammunition to their security program in case they need to defend themselves. Doors are now routinely locked all day long. In some ways we act as though our castles are under siege, and I suppose that it is rather prudent to be safe rather than sorry. The problem is that in such an environment individuals may act before they have all of the facts. Those same outrageous boys who came to my door might find themselves on the wrong side of a gun if they hit a home with a very nervous and excitable person inside. They might literally be injured or even killed all because they thought it was funny to scare people.

Years ago two of my daughter’s friends decided to pull a prank on her. They dressed in dark ninja style clothing and crept up to our back window and peered inside while we were watching a movie. Since I recognized them immediately their joke backfired. I was livid, not because I did not have a sense of humor, but because I knew for a fact that many of my neighbors were armed and would not have hesitated to shoot at strangers wearing dark masks while creeping through the dark of night. I scolded the boys for their stupidity while my heart raced at the thought of what might have happened to them had they been seen by someone who did not realize who they were. I was upset that they had been so unthinking.

I feel the same way about the two boys who were out having fun when they targeted our home. I know from an online neighborhood chat room that there have been several incidents of strangers knocking at night to determine if anyone is at home. So far nobody has been robbed or hurt but the comments that people make regarding what their response will be if anyone threatens their personal space make me realize that those boys are at great risk. Many of my neighbors insist that they will call the police. Others assert that they will shoot first and ask questions later. Such is the reality of today’s world, and such is the danger that the boys might encounter.

On that chat line I asked parents of teenagers to have a talk with their children emphasizing that they should not engage in reckless behaviors. I would be gravely upset if I learned that the young people were hurt or killed, but I would also understand why someone might overreact when they feel threatened. It’s up to teachers and parents to instruct the young on the folly of pranks that involve frightening people. What may have once seemed to be innocent fun is likely to be interpreted as a reason for defense in today’s environment.

Teenagers’ brains are still developing. They often do things that are more risky than they ought to be. I was the quintessential good girl and yet I also engaged in adventures that in retrospect might have resulted in great harm to me and my friends. I once crawled under the fence of a property where trucks were stored near my grandmother’s house. An armed guard roamed the area. I had no business in there but I thought it was exciting to be able to come and go without being caught. My antics were silly but they gave me a rush, made me laugh and felt liberating. It never once occurred to me that I might have been in danger.

It is imperative that we speak frankly to our kids before we let them lose on the world at large. Sometimes we shelter them because we do not want them to be fearful when we might be wiser to discuss the realities of various situations in which they may find themselves. We need to be frank with them about peer pressure and how to extricate themselves from situations that feel uncomfortable or wrong. We should discuss how to behave if they are stopped by the police. Just as most parents practice fire drills and show their kids where to go if a tornado hits, so too must we review the skills they will need when they are not with us.

Time and again experiments show that our children just don’t think when danger is lurking. They go with strangers to look for a lost dog. They follow other kids into strange places. They simply have not internalized the necessary skills for keeping themselves safe because we haven’t instructed them as well as we should.

We certainly don’t want to make our teenagers paranoid. Most of the time they will be just fine. What we must do is provide them with the survival tools they will need in those rare cases when things just don’t seem right to them. If we have practiced such things and given them the reasons why they should be vigilant and resourceful they should be okay.

I can’t help thinking about the two visitors to my home and wondering if they are still engaged in an activity that may one day end in tragedy. I hope that perhaps their parents will be informed by someone who knows them and that they will put a stop to their dangerous behavior. It’s sad that we have reached this point, but it is the new normal. It’s up to us to instruct our youth and then hope that they remember what we have taught them.