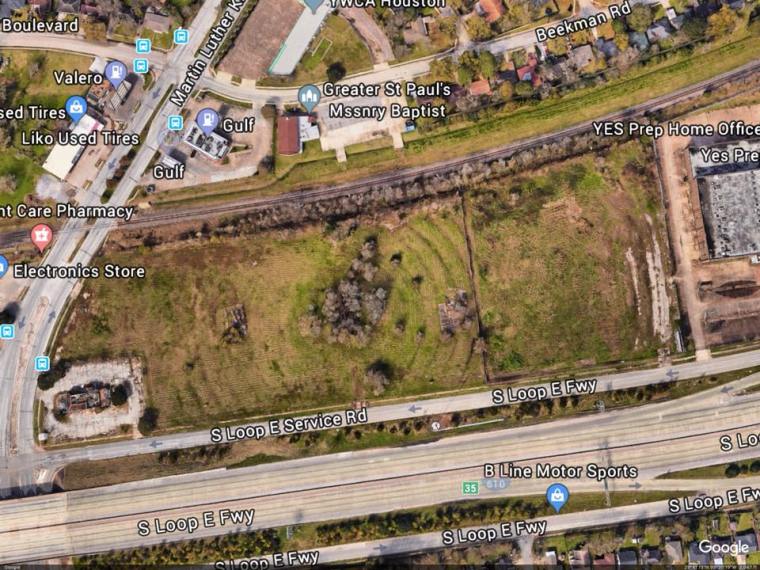 A high school friend posted a photo of an empty lot that is for sale in Houston, Texas for $1,975,000. The raw land located at Martin Luther King Drive and Loop 610 was once the home of the King Center Drive In, a glorious place that served up entertainment to the folks who lived in southeast Houston for most of my childhood, teen years and early married life. Eventually the place closed down and went the way of other outdoor theaters, attracting fewer and fewer customers as we became less acclimated to the heat and mosquitoes over time. Nonetheless those of us who saw the image of the long gone movie mecca were filled with grand memories of good times with friends and family.

I have to admit that there was nothing more exciting to me as a kid as going to the King Center Drive In on a Friday or Saturday night. I’d check the newspaper to see what was showing, and if it was fit for family watching I’d connive with my brothers to work with me to get our mother to take us. We often used my youngest brother as our secret weapon because Mama somehow never seemed able to turn him down. He’d go to her with all of his cuteness and hint that he’d love to spend an evening at the movies. Since our mother enjoyed such outings as much as we did it was never really that difficult to get her to say yes to our proposals.

There was always a snack bar at the theater but we were on a fairly strict budget so our mom made sandwiches and iced down bottles of coke to satisfy our hunger. She also made enough popcorn in her iron skillet to fill a grocery bag. We’d stow away our food and a few pillows inside the car and head off for what was sure to be a fun evening.

Mama always wanted to get there early to secure a prime spot. She’d test the speakers before settling for a specific place and then while she set things up in the car we’d run to the playground located just in front of the big screen. We often saw friends from our neighborhood or made new acquaintances as children seem to so naturally do. Mostly though we were eager for the sky to grow dark so that the movie might begin.

Mama always kept something called a Pic in the glove compartment along with a box of matches. The incense like coil was supposed to discourage mosquitoes from entering the car, but we still had a few of the brave pests nipping at our skin. I suppose that it was actually quite hot in the summer, but since we didn’t have air conditioning at the house we never noticed the temperature. Instead we munched on our sandwiches, sipped our cokes and topped off our feast with the popcorn while glorious films of the fifties and sixties played out larger than life right before our eyes.

The initial feature was always a first run film, but it wasn’t always our favorite of the movies. After an intermission designed to lure us to the snack bar there was a second feature that was older, a kind of rerun. If Mama was feeling flush she’d give us some money to purchase whatever we wanted at the snack bar before the next movie began. It was so hard to decide what delicacies to choose. There were donuts, chips, candies of all kinds. Since we never had sweets at home I almost always chose some chocolatey, gooey delight filled with caramel.

Sometimes one of my brothers would be unable to fight off sleep and surrendered to slumber in the back seat. I proudly fought off all inclinations to doze off if only to prove to my mother that I was worthy of the prime seat in the front of the car. Also the really cool movies with more adult content came in the second slot, and I enjoyed feeling a bit more mature than my little brothers.

As I grew into my teen years I began attending the movies with my friends. I was a dateless wonder in high school but I had great fun with big groups of girls. We went with whoever was able to get a car. We did a great deal more talking and giggling than paying attention to the movies. My favorite times were with Karen, a neighbor from across the street. She drove her mother’s big yellow Buick which held enough gals to qualify as one of those clown cars at the circus. At first I was embarrassed when my mother shoved a grocery bag of popcorn into my arms as we were leaving for one of the outings, but the yummy snack was such a hit that the girls always requested that I bring my offering along.

I often laughed at the antics of people in other cars. There were of course the couples whose only purpose in coming seemed to be to make out. Then there were the goobers who honked their horns whenever a love scene came on the screen. There were groups who hid some of their passengers until they were safely past the pay station since the cost was sometimes based on the number of folks inside the car. There were families that made way too much noise, and since we mostly had to keep our windows open that was quite annoying. Then of course there were the malfunctions of the speakers and projectors that drove everyone to honk in protest.

Eventually I was going to to the King Center Drive In with my husband and my small children. Those days didn’t last very long because by then we had become spoiled by the air conditioned comfort that was almost universal. It just seemed nicer to watch a movie at an indoor theater. Of course that meant paying way too much all around. Soon enough it became preferable to wait for the release of tapes and then DVDs to see our movies in the comfort of our homes. For little or no money we could watch while wearing our pajamas and munching on fabulous snacks. By then the King Center Drive In was long gone, but not our memories.

Perhaps we lost something special with the closing of those once fabulous places. Whole generations have no idea how fun it was to wait in a long line of cars anticipating an evening of make believe. The lot for the King Center Drive In may now be empty but our memories of being there are still as vibrant and colorful as ever.