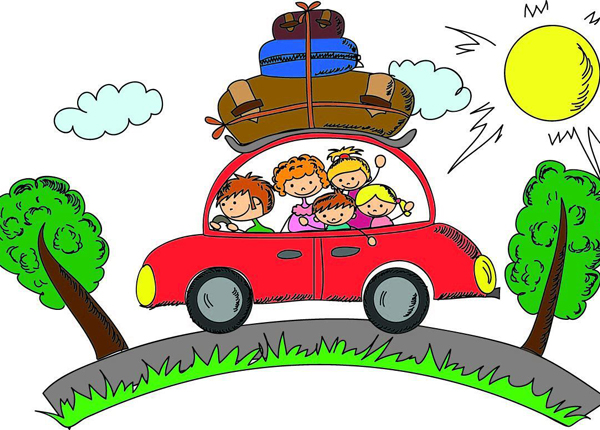 “What did you did this summer?” It’s a question that will no doubt be repeated many times in the coming weeks as schools open and students return to classrooms once again. I’ve answered that query countless times, but only once has my answer held as much transformative impact as it does for this particular summer.

The last time that I felt as changed by events was when I entered the fourth grade after my father died. I wasn’t doing very well then. I was still quite afraid of what the future might hold for my family.. Everything was so uncertain and my faith that all would eventually get better was severely shaken. Our family would prove to be up to the task of moving forward with only one parent, and I would learn how truly strong we actually were, but it would take a great deal of time for me to realize that. This year’s ringing of the school bells marks another moment when I have been severely tested, but this time I have enough confidence and wisdom from experience to understand not only that I will be alright, but also that I have found a newfound contentment that comes from the certainty of knowing what is most important.

I am the first to admit that I am a planner and control freak. I’ve already placed appointments on my calendar for December. I like to have routines and keep things flowing smoothly. Deciding how I was going to spend my summer was no exception. I wanted to take my grandson to New Orleans in June because he had never been there. Our trip was indeed quite successful, but it was only the beginning of all the wondrous things that I was prepared to do, including experiencing a grand adventure traveling to Cancun and attending the wedding of a very dear friend. That particular journey was so incredibly exciting and made even better by the pleasant emotions that I shared with others who attended the ceremony who also happen to be quite important to me. I returned from my trip filled with joy and so many stories. After such a remarkable excursion I might have been content to spend the rest of my summer at home, but I had planned for so much more to come.

After spending the Fourth of July holiday with all of my children and grandchildren I was slated to relax for a week in a lovely Texas state park with friends Monica and Franz. Then I was traveling to Colorado to meet up with my brother and his family so that we might drive together to Wyoming to observe the total eclipse of the sun. I already had purchased the special glasses that I would need for the viewing, and I was beyond excited about that once in a lifetime event. I had no idea just how radically everything that I had scheduled would change, but it all did.

On July 3, my husband had a stroke as many of you who regularly read my blog already know. The thing is that as soon as I saw him lying on the floor unable to get up, with his mouth and eye drooping, nothing else mattered to me but the fact that he was still alive. If I had been required to give up every single material item that I own to keep him with me, I would surely have agreed to do so. As it was his symptoms disappeared within minutes and he is doing well these days even though he is not yet out of the woods. We’ve been mostly tied down to the house and our days have been rather quiet and uneventful. Because there is an increased chance that he will have another stroke within the first ninety days after the one that occurred in July we have cancelled all of our out of town plans, and it doesn’t bother me at all.

What I did this summer is change. I don’t want anything other than to enjoy the moment that I happen to be experiencing. I am finding happiness in the most ordinary activities, and I am so filled with love that my heart is fairly bursting. I have had the time to take stock of my blessings and they are many. I feel like a newlywed with my husband. After almost forty nine years of marriage I admit that I had been taking him for granted, but now I treasure every second that we are together. I like to hear the sound of his voice, and things that sometimes irritated me before now seem quite adorable.

I have also learned to appreciate the challenges and struggles that my friends endure. I find myself thinking about the shut-ins and the widows, those fighting illnesses and those who are afraid and uncertain. I am no longer as ignorant of their feelings, nor as cavalier about how brave they are. I have a new found respect for those who are wounded are marginalized. I have realized in a very spiritual way that nothing on the face of this earth is ever more important that its people.

I have enjoyed my interactions with friends and family as never before, and in the process I have remembered and appreciated those who helped me to become who I am today. I have had many thoughts of my departed mother and mother-in-law, and my only regret is that I never truly thanked them enough for the love that they showered on me. Now I understand how important it is to let people know exactly how much I care about them, not tomorrow but today.

I am like a whole new person, and it feels so very good to be me. I have found a contentment that is peaceful and fulfilling. I know that God is with me and that I have never been alone nor ever will be. I may be tested again, and my worst fears may come to pass, but I will be okay. This is what I learned this summer, and what a glorious time I have had reaching this destination!